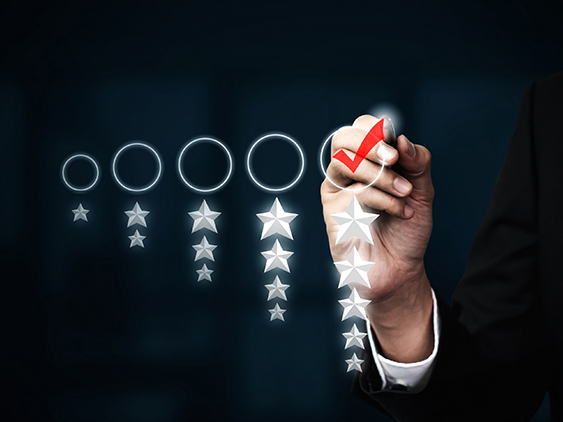 In addition, founder and CEO Michael Rosenbaum has stepped into the role of Executive Chairman. An entrepreneur and economist, Rosenbaum has guided a similar transition at Catalyte, the company he founded prior to Arena. In 2016, he moved from CEO to Executive Chairman and supported Jacob Hsu as he became CEO and has taken that business to the next level.

Arena has roughly doubled its revenue run rate every year for the past three years, and is now building the capacity to reach a much broader market. Arena, headquartered in Baltimore City, today employs 55, up from 37 as of December 31, 2020.

With a machine learning platform at its core, Arena leverages AI to help enterprises organize their workforces and support individuals finding roles where they will thrive. Initially, Arena was adopted by health systems struggling with organizing their workforces to deliver consistent, quality care. Starting in 2016, Arena’s clients expanded across healthcare to include post-acute care, skilled nursing, and senior living providers, and today Arena’s platform is deployed into organizations whose applicants represent 18% of the US healthcare workforce, 3.7 million unique job applicants per year. In 2020, Arena expanded to the hospitality and restaurant sectors, and is now exploring applications in additional industries.

Most significantly, the Arena platform reduces bias—subconscious and conscious bias based on race, class, and gender, as well as biases such as credentialing, that limit economic mobility and the organization of the most productive workforces. Using techniques originally repurposed from other industries, Arena reduces bias based on race, class, and gender by 92%-99%, enabling organizations to build more productive, diverse, and inclusive workforces and building a more just economy and society.

“Over the last several years Arena has established its product, place in the market, and method of meeting the market. As Arena’s massive opportunity to restructure the labor market now lies before it, with increased volatility in labor markets together with an increased focus on the role bias plays in the way opportunity is allocated across the economy, there is no better person to lead Arena than Myra Norton,” said Rosenbaum. “She is the heart and soul of the company. She has built the business with me over the past eight years, driving our mission and our customer focus with an unparalleled combination of left- and right-brained skills that run the gamut from exceptional data analytics to empathic human relations. She is exactly what Arena needs as the company enters its next chapter of growth and impact in the world.”

“As the daughter of a progressive theologian and minister, I do not take words like ‘doing good,’ ‘making a difference,’ and ‘mission-driven’ lightly,” said Norton. “I am deeply honored to have this opportunity to lead a business that truly embodies those concepts. I look forward to growing the Arena team in service of our mission to help millions of people find fulfilling work in healthcare, hospitality, financial services and other people-centered businesses. The tapestry of human wisdom and technological advancement that is the Arena platform enables organizations to identify an increasingly diverse talent pool that delivers the outcomes that matter most to all stakeholders.”

Prior to joining Arena at the end of 2012, Norton was the CEO of Community Analytics, an analyst at Northrop Grumman, a professor in Mathematics and Statistics at Temple University, Towson University, and the US Naval Academy, and an administrator in the College of Science and Technology at Temple University. She chairs the Board of the Maryland Technology Development Corporation (TEDCO); serves as a member of the Innovation, Development & Entrepreneurship Advisory (IDEA) Board, which champions innovation and entrepreneurship across the Johns Hopkins University; and chairs the BmoreSTEM infrastructure workgroup, working to increase equitable student access and retention in STEM fields.