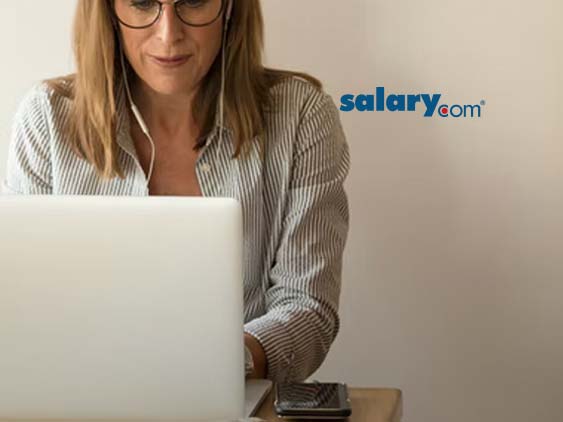 Rising inflation and its impact on compensation is a top concern among both employers and employees, according to new survey data from Salary.com. Sixty-seven percent of companies are “very concerned” and 31 percent are “somewhat concerned” about rising inflation rates eroding employee compensation. Employees are making their concerns known: 69 percent of companies say their employees have shared their concerns with their managers, HR, and leadership teams. 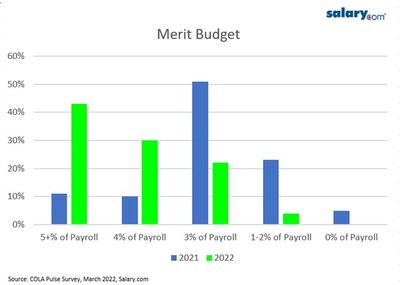 Companies are pulling various levers to offset compensation erosion. While only 19 percent have a separate budget for cost-of-living adjustments (COLA) this year, almost half of the 1,000+ survey respondents have increased their merit budgets since their last compensation review cycle to combat both inflation and a tight labor market. In addition, half of respondents have adjusted their salary levels to reflect current market premiums. Salary.com conducted the survey between February 25-March 7, 2022.

“Companies are investing in merit increases at the highest levels in recent memory,” said David Turetsky, Vice President of Consulting at Salary.com. “Most organizations (73%) are now targeting four percent or more of the payroll budget for merit increases, whereas just last fall, the majority were targeting three percent. This is a notable pivot, but time will tell if it’s enough to combat inflation levels that have soared to the highest point since 1982.”

Forty-six percent of employers have increased their merit budgets since their last compensation review cycle.

Nineteen percent of employers with a separate budget for COLA adjustments are funding it at much higher levels in 2022:

Fifty-one percent of companies have adjusted their salary levels to reflect current market premiums, with hourly employees and non-managers as the biggest beneficiaries. Only a quarter of employers are delivering more pay in the form of variable pay to offset the effects of inflation, with a third doing so in the form of sign-on bonuses and 25 percent doing so in the form of training and learning & development programs.

“Despite their best intentions, 80 percent of companies told us they don’t feel their efforts are helping them retain employees,” said Turetsky. “Thanks to these historic inflation rates, the Great Resignation may continue for a while longer.”