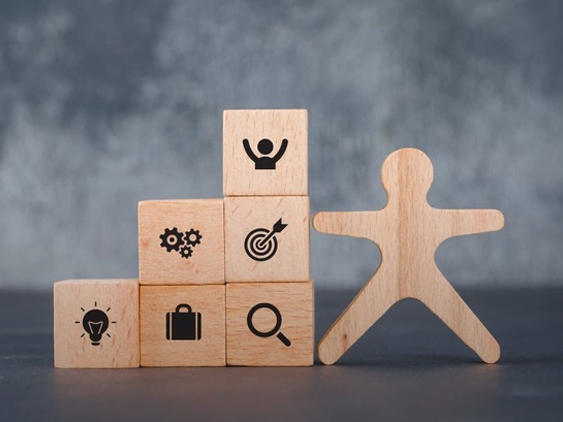 “Zing is an undisputed DEI trailblazer; in fact, she is the first person in history to hold the title Chief Diversity Officer in the National Basketball Association and the entire sports industry. She held similar roles at Marsh McLennan, Starbucks, the Atlanta Hawks, and Edelman, all segment leaders globally,” said Larry Hartmann, CEO of ZRG Partners. “Zing brings a 21st century perspective and expertise as to why diverse talent & culture is THE differentiator in today’s global economy. Zing will partner with Wendy Murphy, the global leader of ZRG’s Human Capital practice.”

At TurnkeyZRG, Shaw will lead the sports and entertainment industry’s top search firm. In the last 12 months, Turnkey placed the Commissioners of the ACC and the PAC-12, along with more than 120 other placements for clients like Endeavor/WME, ASM Global, Kansas City Chiefs, Tepper Sports & Entertainment, Chicago Bulls, Portland Trailblazers, Orlando Magic, Philadelphia Flyers, Pittsburgh Penguins, Seattle Kraken, and the Universities of Texas, Oklahoma, Kansas, and Wisconsin.

“In sports, people who look like Zing are underrepresented for the core business driver roles,” said Len Perna, Chairman, Founder and CEO of TurnkeyZRG. “Everybody knows Zing is a DEI expert. But she’s so much more. Zing is a force as a connector, sales & marketing executive and business leader. I can learn a lot from Zing.”

“Hiring Zing as President is not only a great hire for TurnkeyZRG, it’s a great hire for the sports industry,” said Grant Hill, Vice Chair of the NBA Atlanta Hawks, Managing Director of the U.S. Men’s National Team and on the Board of Governors of the NCAA. “TurnkeyZRG places industry leaders. They’re at the forefront of advancing equity & diversity in sports. Zing will turbocharge those efforts, and that’s good for all of us.”

“Zing’s sports career started right here at the NFL league office, where she was a member of our inaugural Diversity Council and served as an in-house talent recruiter; part of her HR role,” said Troy Vincent, Executive VP, Head of Football Operations at the NFL. “Notably, she moderated the first General Manager’s Diversity Forum discussing challenges facing the New York Giants, Baltimore Ravens, Jacksonville Jaguars, Houston Texans, and the Arizona Cardinals, all teams that were being led by African American GM’s at the time.”

“Not only is Zing a leader who will positively impact our industry, but TurnkeyZRG is modelling the hiring practices we should be emulating in our industry. It starts from the top,” Vincent added.

“TurnkeyZRG and its parent company ZRG didn’t have this dual role sitting on a shelf. They created it for me and my two passions: sports and diversity,” said Zing Shaw. “I’ll have a seat at the table, but more importantly, a resounding voice at the table. I’ll be able to influence hundreds of organizations to cast a wide net and hire talent from different backgrounds, perspectives, and experiences, while concurrently helping those organizations to be thoughtful about how they onboard, embrace, nurture, support, and retain a more diverse team.”

Shaw may be best known for her pioneering DEI work with the NBA’s Atlanta Hawks, where she created many firsts that were then promulgated across the NBA and other leagues. She launched the MOSAIC symposium (Model of Shaping Atlanta Through Inclusive Conversations) that led the Hawks to become the first pro sports team to celebrate the LGTBQ community. Shaw is a recipient of the Sports Business Journal’s (SBJ) Forty Under 40 Award and SBJ Game Changers Award; the Atlanta Business Chronicle’s 40 Under 40 Award and Women Who Mean Business Award; The Network Journal’s “40 Under Forty Award and Top 25 Most Influential Black Women in Business Award; The PR Week 40 Under 40 Award, and many more.

President Jimmy Carter appointed Shaw to serve a six-year term on the Board of Councilors of The Carter Center. She also sits on the Board of Trustees of Fisk University, the Board of Directors of ColorComm, and the Board of Advisors of Arctos Sports Partners. Shaw received her B.A. from Spelman College and her M.A. from the University of Pennsylvania. She was a study abroad scholar at Oxford.

Tom Truitt has joined TurnkeyZRG as Managing Director, Global Practice Head of music industry recruiting. Based in Nashville, Truitt has over 15 years’ experience in the music business and is currently the number one executive recruiter in the business of music. He is also the Executive Producer of WHO KNEW, the bi-monthly networking event in the music industry, and The Smartest People in the Room, the online version viewed across the music business. Truitt has placed senior executive roles across touring companies, booking, recording industry, production and creative roles, music licensing, tech platforms, gaming, and other products leveraging music. Truitt has worked with industry leading companies such as BMI, GMR, Universal Music Publishing, the Music Business Association, Live Nation, Sixthman, Danny Wimmer Presents, Primephonic, The Blues Foundation, Sound Cloud, Spectrio, Warner Music Group, Zeekit, and others. Truitt is a distinguished alumnus of two of the Nation’s top ten institutions, earning his B.A. at the University of North Carolina at Chapel Hill and his M.B.A at Vanderbilt University’s Owen School of Graduate Management.

Curtis Walker has joined TurnkeyZRG as Vice President, Head of Sponsorship Recruiting. Walker had not previously been an executive recruiter. Before joining TurnkeyZRG, Walker sold and activated marketing partnerships at the United Soccer League (USL) and Minor League Baseball (MiLB) where he led commercial outreach, strategy, and new business development across all marketing partnerships, creating innovative, record-setting deals with Nationwide Insurance, Nestlé Stouffer’s, Applegate Farms, Cartoon Network, and ECHO Tools. Including other deals, he has sold $13 million in COI. Walker has also been a sales executive with Learfield and the Tampa Bay Lighting. He is an experienced sponsorship dealmaker, not only on the property “sell-side,” but also on the brand “buy-side”, having evaluated marketing partnerships while with Coca Cola Beverages of Florida (CCBF). Walker co-founded the Black Sport Business Academy, a 501 (c)(2) non-profit organization that exists to enhance the learning experience and career outcomes for students at HBCUs who are interested in pursuing a career in sports. Walker graduated from Virginia State University and earned his M.B.A. and M.S.B.M from the DeVos Sport Business Management Program at the University of Central Florida.

In addition to these hires, TurnkeyZRG is also announcing the promotion of Managing Director Diana Busino to Chief Operating Officer/Chief of Staff, and Director of Diversity Kelly Lewis to Vice President.

Scaled Agile Sees Record Growth as It Surpasses One Million Trained in SAFe, the World’s Leading Framework for Business Agility