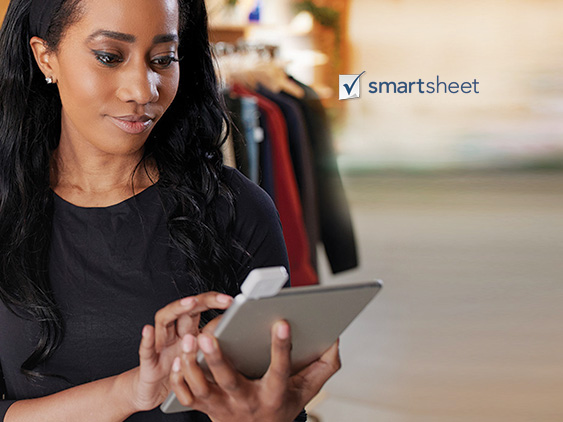 Smartsheet, a leading cloud-based platform for work execution, announced that Praerit Garg has joined the company as Chief Technology Officer. Garg will lead the engineering organization and drive technical strategy for a platform that customers around the globe rely on to improve how they work.

“Having led large engineering teams and founded two cloud-based startups, Praerit brings the combination of technical management, customer focus and business savvy that are crucial for this important role,” said Mark Mader, CEO of Smartsheet. “We have a deep, innovative engineering team that is creating a collaborative work management platform at scale, and I’m confident we will reach even greater heights under his leadership.”

Garg has more than 23 years experience designing and delivering highly-available services that help customers accomplish more in the cloud and is co-inventor on more than 25 patents.

He was most recently General Manager of Identity, Directory and Access Services at AWS, where he built and launched foundational services that enabled customers to more easily manage their IT infrastructure at scale.

Garg began his career at Microsoft, working on multiple versions of Windows and playing a key role in building security and infrastructure features into the product. In addition, during his 12 years at the company he led engineering teams creating management tools and services for various Microsoft offerings.

In between careers at these industry giants, Garg co-founded a cloud-storage startup called Symform that was later acquired by Quantum, served as Chief Products Officer at Chronus Corporation and co-founded Joggle(me), an online personal assistant service that incorporated early artificial intelligence and natural language processing capabilities.

“I’ve seen multiple technology evolutions during my career, from PC’s to the internet and now cloud and SaaS, each powered by killer applications that enhance people’s lives personally or professionally,” said Garg. “Smartsheet is taking workplace collaboration and productivity to a new level by helping customers more effectively plan, track, automate, and report on work, regardless of technical skill, and I’m excited to help realize the opportunity ahead.”

Garg joins at a time of significant momentum for the Smartsheet platform. The company was recently given a 451 Research Firestarter Award for outstanding technology innovation and vision, in addition to being named a leader in The Forrester Wave: Collaborative Work Management Tools for the Enterprise, Q4 2018 report, published by Forrester Research, Inc. Smartsheet also announced the acquisition of Slope, an application that makes it easy for teams to collaborate on and manage creative work, in January.