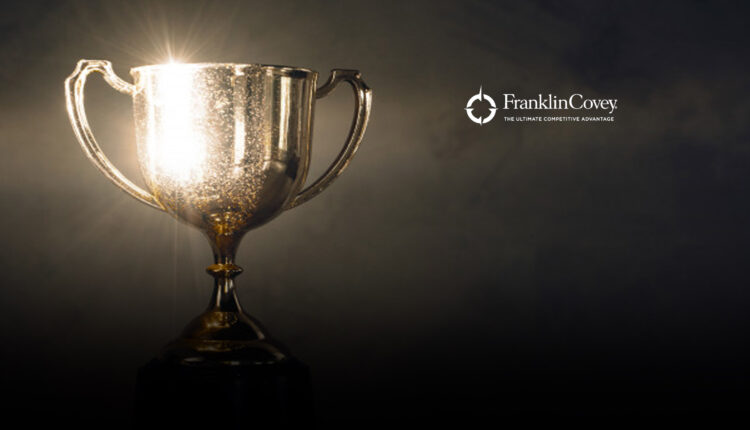 “We are pleased to have produced these extraordinary films with Kaleidoscope Pictures, our highly valued partner of so many years.”

The award-winning films are from FranklinCovey’s leadership development solution, Unconscious Bias: Understanding Bias to Unleash Potential™, which is available through the FranklinCovey All Access Pass®. This work session establishes a connection between unconscious bias, also referred to as implicit or cognitive bias, and individual, team and organizational performance. It provides organizations with a framework for making progress on unconscious bias in order to build a culture that values diversity, equity and inclusion where everyone can contribute their best.

“These inspiring films are compelling, relevant and provide tremendous value to leaders and teams that participate in our Unconscious Bias work session, as they help to reinforce its powerful, life-changing principles,” said Adam Merrill, Executive Vice President, Innovations, FranklinCovey. “We are pleased to have produced these extraordinary films with Kaleidoscope Pictures, our highly valued partner of so many years.”

FranklinCovey’s film, More Than You See, helps participants recognize the quick judgements they make as they engage with people and circumstances each day and was recognized with two gold Telly Awards for writing and training (for corporate use) and a bronze Telly Award for voiceover. Courage in Action, a film highlighting how a Baltimore community responded to acts of harassment and racism at a youth ice hockey game, received two silver Telly Awards for directing and diversity & inclusion, as well as two bronze Telly Awards for editing and videography/cinematography.

“It’s great to see our peers in the industry acknowledge the quality of the content we have the privilege of creating with FranklinCovey,” said Adam Nielson, Creative Director of Branded Experience at Kaleidoscope Pictures. “There is nothing more rewarding than to see participants take the content, principles, and films of this Unconscious Bias solution into their own lives so they can constructively address bias, both personally and professionally.”

Leaders and teams from organizations that are seeking to build an inclusive, engaging and high-performing culture and who participate in FranklinCovey’s Unconscious Bias work session learn how to:

“The power of story to help us understand ourselves and others cannot be overstated,” said Pamela Fuller, FranklinCovey Inclusion and Bias Thought Leader and author of the upcoming book, A Leader’s Guide to Unconscious Bias: How to Reframe Bias, Cultivate Connection, and Create High-Performing Teams (Simon & Schuster, 10/27/2020). “I’m thrilled and truly honored that these films have received multiple awards. As participants leave our learning experience around Unconscious Bias, it is these stories that will continue to resonate and help them not only remember but most importantly, apply what they’ve learned in our work session. Unconscious Bias can take many shapes. It impacts thought processes, reasoning, what we remember, how we make decisions and how we relate to one another. It impacts the talent we recruit, such as a preference in hiring someone because they look like us or have the same background, gender or age. Further, it impacts who we choose to develop on a team, as we may unintentionally favor certain groups of people, regardless of capability. Bias can affect employee engagement and turnover, limit talent, and make it challenging for teams to work cross functionally.”

No Gap Year Here: Vast Majority of College Students Planning to Return to School in the Fall, According to ‘How America Pays for College 2020’