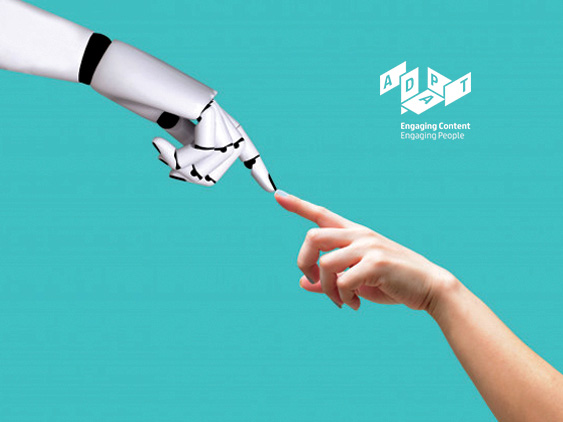 A new report has found that Artificial Intelligence (AI) research produced by the ADAPT SFI Research Centre for Digital Media Technology is having a significant impact on Ireland’s economy.

The report highlights that 593 full-time jobs were created in Ireland last year alone as a result of research produced by ADAPT.

According to the university-led study, for every €1 invested by the Irish State, the ADAPT Centre generated €5.30 for the Irish economy, equating to more than €300 million in just four years.

Speaking at the report launch, Ireland’s Minister for Business, Enterprise and Innovation, Heather Humphreys said: “The work of ADAPT is helping to create a more advanced digital Ireland. ADAPT’s research and outputs are helping to future-proof our economy by creating jobs, wealth and businesses.”

Artificial intelligence is set to transform global productivity, working patterns and lifestyles, and create enormous wealth. ADAPT is helping to ensure Ireland is at the forefront of this transformation.

HR Technology News: Atrium Ranks in 2019’s Topmost When It Comes to Talent & Community According to Crain’s New York Best Places to Work

The report highlights that ADAPT is preparing the next generation of research and industry leaders. Between 2015 and 2018, ADAPT has overseen the completion of 64 PhD and Masters and helped to up-skill over 6,700 industry professionals.

Professor Wade added: “At the heart of this new Digital Ireland is a recognition that people must be put first and that users must be empowered to be able to transform information at ever-increasing speeds across language barriers and different media modalities. This in turn, will reshape how people communicate, socialise and work.”

Shift to Full-Time Remote Work is Well-Received, But Confidence in Company Business…