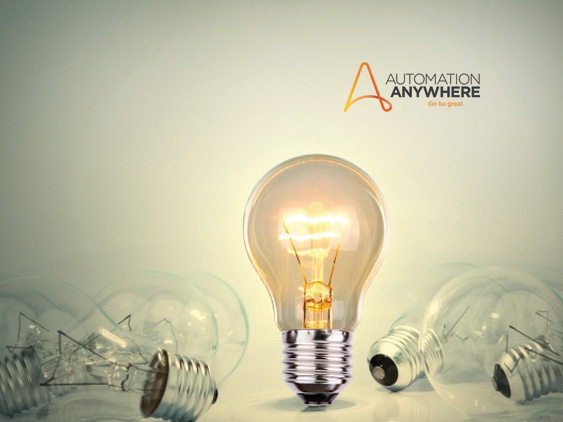 Automation Anywhere, a global leader in Robotic Process Automation (RPA), announced that it has reached a key milestone achieving 100,000 bot downloads from its Bot Store since it launched just 19 months ago.

This achievement underscores RPA as one of the fastest-growing enterprise software categories in the world and enables organizations to gain benefits from automation that include greater productivity and lower operating costs. According to Gartner, “Robotic process automation software revenue grew 63.1 percent in 2018 to $846 million, making it the fastest-growing segment of the global enterprise software market. Gartner expects RPA software revenue to reach $1.3 billion in 2019.”

Automation Anywhere’s Bot Store is the industry’s first and largest online marketplace for enterprise grade ready-to-deploy intelligent automation from a vast ecosystem of developers, subject matter experts and Automation Anywhere partners. The Bot Store now offers 600 bots that can automate routine tasks, as well as 20 Digital Workers that offer a set of skills to automate parts of a traditionally defined job role, by thinking, acting and analyzing the way humans do.

“Achieving 100,000 bot downloads in less than two years emphasizes the rapid trajectory of RPA, while enabling organizations worldwide to maximize operating efficiencies and reduce business costs,” said Max Mancini, Executive Vice President of the Digital Worker Ecosystem at Automation Anywhere. “Bots and Digital Workers downloaded from Bot Store help organizations complete their automation projects up to 70 percent faster and at half the cost, while leveraging the knowledge of technical experts, developers and our partners.”

“KPMG downloaded the 100,000th bot from the Automation Anywhere Bot Store which was an exciting moment for us and the company and is a true testament to the incredible growth RPA has had in such a short time,” said Marcelo Cagnani, IT Advisory Director, KPMG Uruguay. “Partnering with Automation Anywhere has allowed us to see first-hand how the Bot Store enables enterprises of all sizes scale a digital workforce faster than before; and provides developers around the world access to hundreds of bots and role-based digital workers that think, act and analyze – all to increase productivity to help drive business forward.”

“TransformAI is a leading partner in the development and release of ready-to-deploy bots and digital workers on the Bot Store, and Automation Anywhere has given our team the opportunity to build and sell Digital Workers, based on our expertise with Workday, to 3,000+ customers through their global sales team and channel,” said Bill Weathersby, Board Member at transformAI. “By partnering with Automation Anywhere, we provide sophisticated intelligent automation solutions to deliver more value to clients through their digital transformation journey – scaling operations and driving business value.”