“There Is a Great Gulf Between Theory and Practice.”

So Why Can’t the Lack of Rules Be the Rule? 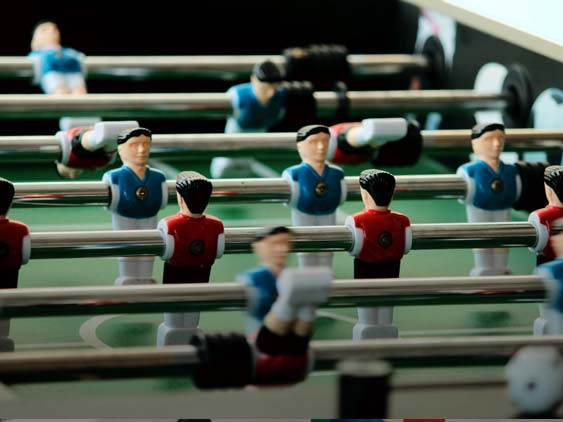 Although the book No Rules Rules: Netflix and the Culture of Reinvention by Reed Hastings and Erin Meyer was a 2020 New York Times bestseller, it did not immediately make it to my company’s reading shelf. However, when another partner asked to “make his company feel like Netflix”, we decided to see what the phenomenon of the organizational culture of this global video-on-demand giant is all about.

Elements of Netflix’s culture described in this book like feedback, transparency, management by context, not control – these are all strategies that support innovation. Unlimited holidays are becoming more and more popular and expected by employees and not only in Silicon Valley, and a short decision path really allows for faster action and response to a changing environment.

However, good slogans and ideals that are badly implemented are no longer enough. In this context, it seems quite dangerous that Netflix – due to its business success – is perceived as an unquestionable authority in the area of people. Do the brand, business success and expertise in the VOD area make you an expert in the field of organizational culture? In my opinion, not necessarily.

In the book, Hastings outlines three top strategies Netflix deploys “in the people area.” There are a few catchy tactics and a lot of assumptions based on individual experiences—but you can’t count on creating a second Netflix.

Here’s what you can learn from these strategies as an HR practitioner.

Reed Hastings rightly places the importance and merit of their people in the company’s success at the forefront. He also repeatedly emphasizes the importance of fair distribution of managers’ attention among employees. The idea is not to fall into the trap of providing care and attention only to those who cope less well or face difficulties. However, it seems that focusing on “weaker” employees is not Netflix’s problem – they are just fired.

The book shows a ruthless approach to people that is hard to accept without reservations.

Netflix’s CEO promotes the company’s talent concentration strategy. There’s a narrative of a clear distinction between “stars” and “mediocre people” who should be removed from the company as soon as possible because they do not bring the necessary value and results.

The focus on the “stars” also manifests itself in the remuneration policy. Netflix openly communicates that it pays the most in the market, and if any of its employees confirm the information that the competition would pay more – they immediately get a raise. Reed Hastings admits that he prefers to pay 10 times more to a star than to hire 10 quite good specialists.

It’s not hard to see how short-sighted, especially in times of recession and budget cuts, this strategy is. It can only work when the company is able to pay the most in the market. What happens when the economic situation changes? It looks like much of the global economy is about to find out. It is, for this reason, that salary should be only one element of an employer’s offer to employees.

Hasting’s theory of talent concentration is based on his experience in Netflix’s early years, when he and Patty McCord, the head of HR, were forced to lay off around 40 people from a 120-person workforce. “Within a few weeks, the atmosphere improved significantly.

Suddenly, we had a lot more work – and 30 percent fewer employees. To my amazement, the same 80 people were getting on with everything, working with even more passion than before. Working time increased, but the atmosphere was great.”

It’s hard to say for sure what happened at Netflix during that period, but one can imagine that in the face of a recession (the story occurs during the dotcom crisis), keeping your position when your colleagues are fired and at the same looking into an uncertain future, in the short term, can be very motivating.

Oddly, Hastings does not see a cause-and-effect relationship between his decisions and change in employees.

The final stage of Netflix’s strategy, which is expected to result in the maximum concentration of talent in the company, is the so-called Keeper Test. Managers are encouraged to regularly apply this practice to their employees, asking themselves “would they fight hard to keep that person at Netflix?” and firing those for whom the answer is “No.”

It’s not surprising there are accusations of a culture of fear in Netflix. In fact, you can get fired overnight because your manager will negatively answer the question “Is this person a great employee or not?”

This type of mechanism certainly creates enormous pressure and can lead to a spiral of fear, excessive stress, and overwork. There is a reason why companies have been using so-called performance reviews, which are meant to result in a fair evaluation of the employee. The point is that every employee should know what is required of them. Otherwise, the problem that can be seen in Netflix arises. What is missing here is what is the basic function of HR – defining clear expectations and requirements for both parties, the employer and the employee.

The manager is the only decision maker in terms of employee evaluation, and this invariably leads to problems.

Netflix’s culture is a culture of radical honesty. It is based, among other things, on direct feedback. This can even be done publicly, with no anonymity, e.g., in the case of 360 written reviews. Feedback occupies a particularly important place in Netflix’s culture and it is difficult to disagree with it. In many of the stories Reed and Erin have cited, you can see just how positive feedback can be when given in the right way and at the right time.

However, our doubts are raised by the very strict form of enforcing feedback. Reed says that lack of or infrequent feedback is a sign of employee disloyalty. The Company expects employees to publicly share comments about the work of others. For example, during a presentation for several hundred of the most important people in the company, your colleague may – or even should – stand up and say that he can see that you are stressed, and this has a negative impact on your performance. It is possible that for “stars” at Netflix, such a remark will somehow help to get them back on track and the rest of the presentation will go smoothly.

However, it is difficult for us to treat this type of practice as a universal tool. Most often, such a situation will negatively affect the employee’s self-confidence, which is unlikely to improve his attitude.

Vacation policy, spending limits on business trips, or the obligation to obtain approvals from superiors, as in the case of signing new contracts — in most companies, these are all clearly defined by the regulations known to all employees. Not at Netflix.

The company considers these types of rules to be unnecessary “control tools” that negatively affect creativity and limit the innovation it cares so much about. Netflix is ​​able to risk possible costs or misunderstandings, instead of clearly defining the rules, e.g., regarding the choice of hotels or restaurants for business dinners. “When you hire almost all great employees with high results, you can count on them to act responsibly,” says Hastings.

Unlimited holidays is a policy increasingly used by companies – especially in the technology industry. It is often a benefit expected by candidates and employers who want to remain attractive in a competitive labor market.

Reed describes two nightmares that haunted him when making decisions about unlimited holidays. In one of them, upon entering the office, empty desks and dust on the floor were waiting for him. In the second, an office full of exhausted zombie workers. Two extremes that always appear in the discussion as arguments against unlimited days off. Creating a culture that allows you to balance this and achieve a healthy “golden mean” is a real challenge.

However, in the case of Netflix, I see the employees’ doubts as a particular threat to what actually works out and what does not. How many days off can you take in a company where “weak performers” are dismissed overnight based on the “retention test”?

Netflix rightly emphasizes the role of managers here. The example comes from the top – if the manager has practically no days off, the team is likely to do the same. One of the burnt-out examples is Donna, a marketing manager.

“Donna hadn’t taken a nonworking vacation in four years, ever since the birth of her first of two children”, we read. “I took a few days off to visit my mother at Thanksgiving. I spent the entire time in the laundry room working.”

She adds that Netflix’s culture has great ideals, but sometimes there is a huge gap between theory and practice that should be filled by good leadership. However, as Netflix grows, more and more of these holes are created that the patterns devised by Reed and Patty apparently don’t reach.

These sorts of gaps are visible in the aforementioned “no-rule” regarding the approval of travel and business expenses. Netflix prides itself on having no policies in these areas, apart from the already mentioned “act in the best interest of the company” and at the same time “do not spend more than you would spend yourself privately”.

Empowerment and decision-making by managers by definition are good and attractive to them. They give a sense of agency. They can certainly have a positive impact on the speed of changes made and the development of the company. However – as shown, among other things, by The Keeper Test – pathology is born where company policies are replaced by power concentrated in the hands of one or more people. In spending decisions, the lack of policy exacerbates the disparity between workers. And unlimited leave, which by definition gives freedom and flexibility, turns into no leave if a manager does not take any time off (and at the same time is the only person assessing whether to keep someone in the company or not).

In other words, the mythical lack of rules promoted by Netflix introduces chaos, fear and stress that better corporate rules and policies could eliminate.