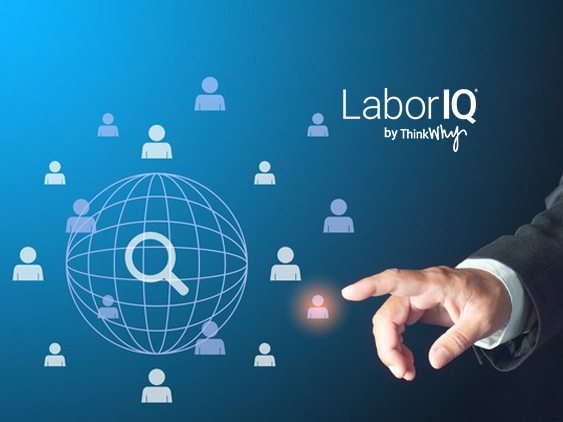 Job openings remain at record highs, with more than 9.2 million open positions in the U.S. Businesses are eager to capture market demand and are expanding headcount budgets to meet increasing wages and fill open roles, but still cannot hire employees quickly enough. Adding more complexity to hiring, the U.S. is experiencing a record number of employees quitting their jobs.

“The U.S. labor market is undergoing a major transition with several factors at play, including employees switching jobs, the COVID-19 Delta variant, increasing wage demands and the delay in moving candidates through the recruiting and hiring process”, says Jay Denton, chief analyst for ThinkWhy, creators of talent intelligence software, LaborIQ. “Despite these challenges, however, the labor market continues to make traction toward regaining all jobs lost since the start of the pandemic and remains on track for a full recovery by early 2023.”

The U.S. labor market has made substantial ground recouping 16.7 million of the 22.4 million jobs lost during the pandemic, but the recovery has varied significantly based on location and industry, greatly impacting economic performance and opportunity.

The proprietary LaborIQ Index identifies and tracks 10 key performance indicators that measures and ranks the economic health of all major metros in in the U.S. These indicators or variables are present in every market and represent the key drivers of a market’s economic progress or decline.

Eight of the 10 markets rank in the top 25 for net migration, representing people moving to these areas, as opposed to natural population growth. Often, people are relocating for job opportunities, but family and retirement also factor into the equation.

Dallas, Phoenix, and Austin currently rank in the top three for net migration, in addition to topping the overall performance ranking.

“Half of the top-ranked metros are in Utah, Texas and Idaho, which also top the list for population growth over the last decade.  As job openings increase, the influx of human capital in these areas has rebounded significantly, putting each metro in a stronger position than most to fill open jobs,” Denton continues.

Jan 26, 2022
Prev Next 1 of 821
Follow Us
We store cookies on your computer to improve your experience and provide more personalized services, both on this website and on other sites. For more information about the cookies we use, see our Privacy Policy. We won't track your information when you visit our site. We will have to use at least one cookie to ensure that you won't have to make this choice again.AcceptDeclinePrivacy policy