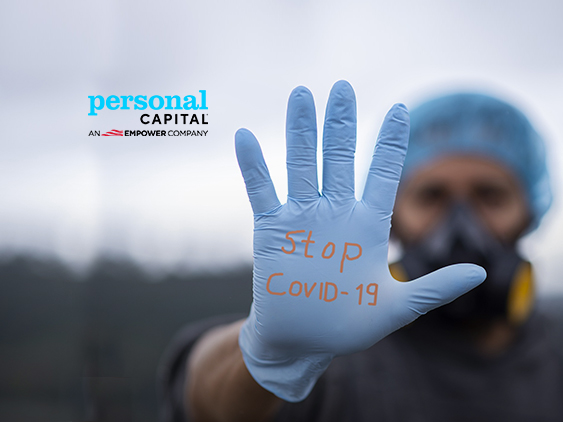 With the prospect of a post-pandemic world on the horizon, or what some are referring to as the “YOLO Economy,” it’s clear that employees have the upper hand over their employers these days and are seeking greater flexibility and balance. While many workers report struggling with burn out and return-to-office mandates, a new survey out today from digital wealth manager, Personal Capital, in partnership with The Harris Poll, shows a staggering two-thirds of Americans surveyed (66%) are interested in switching jobs right now, with young generations expressing such sentiment in particular – 91% of Gen Z-ers and 78% of Millennials, compared to 47% of Gen X-ers and 45% of Boomers. More than half of surveyed U.S. employees (57%) say that “now would be a great time to make a career move,” with two-thirds of Millennials (66%) agreeing with such a statement.

One of the main drivers for this new pandemic-era phenomenon is due to many workers seeking greater flexibility in where they work, as a majority (6 out of 10 Americans) would be willing to take a pay cut in return for the ability to work remotely without any restrictions. It’s clear there is a strong consensus among workers that “employers are not great at hearing employees’ post-Covid needs and expectations,” as seven in 10 Americans (69%) express such sentiment, including 75% of Millennials. Moreover, there is also a widespread agreement that “working from home helps ease the burnout worsened by the pandemic” (64%), and so six in 10 Americans (63%), especially Gen Z-ers (85%) and Millennials (74%), would even agree to a trade-off to work from home whenever they want. Three in 10 Americans (30%) would be willing to work more hours per week if they could work from home whenever they wanted.

As companies decide on permanent work requirements post pandemic, many are boldly embracing virtual-first business models. Personal Capital now joins the growing list who made the decision to make remote work the primary experience for all of its 547 employees.

“While we watched Wall Street return to their offices this past month, we know virtual workplaces are here to stay. Yesterday, Personal Capital internally announced we will not return to our offices. We are listening to our employees, who want more balance and flexibility. Our growth since March of 2020 proves our digital-first hybrid model was built for virtual delivery. We want everyone, both clients and employees, to know we are listening and responding to your wants and needs,” said Jay Shah, President of Personal Capital.

The pandemic has forced many to reevaluate their lives and priorities from their pre-COVID-19 days, so it comes at no surprise that half of survey respondents say that work isn’t as important to them as it was before the pandemic (50%), particularly Gen Z-ers (60%) and Millennials (57%) sharing such sentiment.

With work-life balance being top of mind, three-quarters of all respondents would prefer a four-day work week (with the same hours) than a traditional five-day week (75%), including 90% of government workers. Interestingly, Gen Z-ers are the least adamant generation when it comes to such concept, as only 58% agree, compared to 77% of Millennials, 79% of Gen-Xers, and 78% of Boomers.

While 70% of Americans say they “don’t have the luxury of ‘YOLO quitting’ their job,” more than half (55%) know someone who actually did so – especially Millennials, with 65% reporting they know someone who “YOLO quit” their job. And those who are deciding to quit, 52% report needing “at least $50,000 in their bank account” to comfortably do so. It’s no surprise that Americans are rather hesitant making rash decisions when it comes to job quitting, as nearly six in 10 (59%) could only go without a regular paycheck for 3 months or less.

iQmetrix Teams up With Skale to Offer Peer-To-Peer Coaching