Recruiter.com Diversifies Board of Directors with Experts in M&A and Human Resources 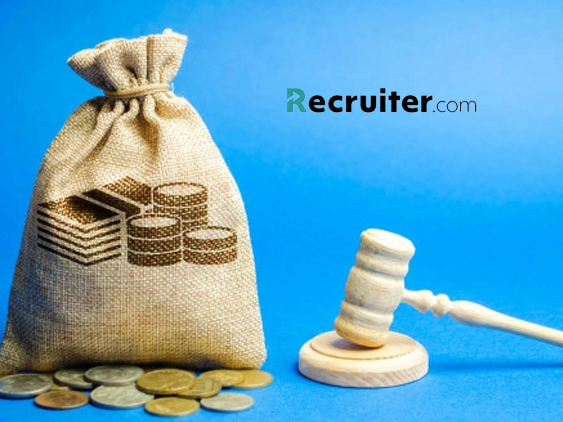 “We are honored to welcome Robert Heath and Steve Pemberton to the Recruiter.com board of directors,” said Evan Sohn, Executive Chairman of Recruiter.com. “Robert, with his deep knowledge and experience in M&A and company diversification, will serve as a guiding force as we continue to expand and scale the Recruiter.com brand and product offerings. And Steve, who is a leading expert in building inspiring workplaces, will ensure that, as we grow, we will continue to deliver on a best in industry experience for our team of talented leaders and contributors.

This addition of Heath and Pemberton to the board of directors follows the key appointment of Deborah Leff, former Global Leader and Industry CTO for Data Science and Artificial Intelligence (“AI”) at IBM, who is actively steering the company’s AI-enabled product roadmap technology opportunities.

The expansion of the board of directors aligns with the company’s Q2 efforts, which it outlined last week following the release of its 2020 Annual Results. In the near-term, Recruiter.com aims to uplist on a major exchange such as NASDAQ and continue to leverage strategic acquisitions and partnerships that will drive the company towards its vision to be a leading recruiting platform.

Robert (“Bob”) Heath is Executive Vice President at RPX Corporation. He joined RPX in 2011 and served as the company’s Chief Financial Officer from 2015 to May 2017. During his tenure at RPX, Bob has been the principal architect of some of the industry’s largest syndicated licensing transactions with aggregate deal value in excess of $1.4 billion. Before coming to RPX, he served as Head of Strategy and Acquisitions for Technicolor, a leading supplier of technology and services to media companies, where he oversaw an acquisition and divestiture program that refocused the company from consumer electronics to services and technology licensing. Prior to Technicolor, Bob served as Chief Operating Officer and Chief Financial Officer at iBahn, an Internet service provider to the hospitality industry.

Bob has extensive experience as an investment banker, focused on technology and growth companies at Kidder Peabody, SG Warburg, and Robertson Stephens. During his investment-banking career, he worked in corporate finance and mergers and acquisitions, completing deals with more than $10 billion in transaction value.

Bob received his MBA from the University of Chicago Booth School of Business and his AB from Harvard University.

Steve Pemberton joined Workhuman in December of 2017 as chief human resources officer (CHRO) and works with HR leaders and senior management executives worldwide to help build inspiring workplaces where every employee feels recognized, respected, and appreciated for who they are and what they do. He champions and promotes the Workhuman movement to inspire HR leaders to embrace more humanity and foster a sense of purpose in the workplace. And, Steve is focused on building upon Workhuman’s award-winning culture, where the company has set a new industry standard through its power usage of recognition and gratitude.

Prior to joining Workhuman, Steve served in senior Human Resources roles at Walgreens Boots Alliance and Monster.com transforming the people practices of both companies. In 2015, he was appointed by United States Secretary of Labor Thomas Perez to serve on the Advisory Committee for the Competitive Integrated Employment of People with Disabilities.

A passionate human rights champion, Steve has made equality, access and opportunity the foundation of his personal and professional life. Author of the USA Today best-selling memoir, “A Chance in the World,” Steve chronicled his childhood journey as a bi-racial ward of the state and his decades-long quest to find his biological family. His story was featured on The Today Show and CBS Evening News and his book subsequently adapted into a film, and is now taught in high schools all across America. His next book, The Lighthouse Effect, will be published in the fall of 2021. His tireless advocacy for the disenfranchised has earned him numerous accolades, including honorary doctorates from Boston College, Providence College, and Winston-Salem State University as well as the prestigious Horizon Award by the U.S. Congress, presented to private sector individuals who have expanded opportunities for all Americans through their own personal contributions, and whose grit and resilience have set exceptional examples for young people. He earned his undergraduate and graduate degrees at Boston College and serves on several nonprofit boards, including UCAN and Disability:IN, in addition to his own A Chance in the World Foundation, the non-profit he founded to help young people aging out of the foster care system.

COVID-19 and the Future of Work: Citrix Shares Lessons Learned One Year In