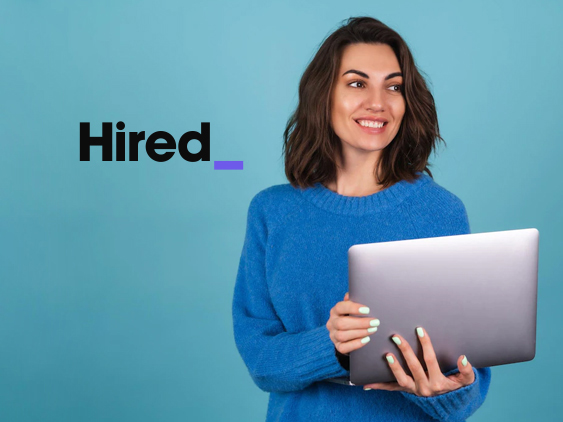 The gender and race wage gap is narrowing, but access to opportunity and discrepancies in salaries persist for underrepresented tech talent.

Hired, an AI-driven marketplace matching tech and sales talent with top companies,released its annual State of Wage Inequality in the Tech Industry: Hired’s 2022 Impact Report. The wage gap – the difference in salaries between two defined demographic groups – across gender and race is narrowing, but still prevalent. Black women continue to see the widest gap among the demographics analyzed.

Additional key findings from the report include:

The sixth annual report analyzes wage and expectation gaps in salary data across gender, race, age and sexuality in the tech industry. The findings are based on Hired’s proprietary data from over 819,000 interview requests and job offers facilitated through Hired’s marketplace from over 3,900 participating companies and more than 120,000 jobseekers in the US, UK and Canada.

“It’s been an ever-shifting and evolving hiring landscape for employers and jobseekers over the last few years – from companies competing and sourcing for talent at a record pace, to the current state of macroeconomic uncertainty driving more measured hiring,” said Josh Brenner, CEO at Hired. “This report shows that there is still work to be done in ensuring equitable hiring processes to narrow wage and expectation gaps, and companies must prioritize this effort. Post-Great Resignation, companies that are successful in identifying non-traditional talent, while also ensuring diversity and representation in their candidate pipelines, will be better positioned to drive their businesses forward in a time of increased volatility.”

To access the data report, visit the State of Wage Inequality in the Tech Industry: Hired’s 2022 Impact Report.

Editor’s note: For the purpose of this report and data, “underrepresented” uses the same definition as the Equal Employment Opportunity Commission (EEOC). The EEOC defines all non male genders as underrepresented in the tech industry in the US. According to the EEOC Diversity in High Tech Special Report, women account for 36% of the workforce in the High Tech industry versus 48% in the private sector as a whole. Referencing the same report, the EEOC defines underrepresented races/ethnicities in the Tech industry as Black or African American, Hispanic, American Indian or Alaska Native, Native Hawaiian or Other Pacific Islander, and Two or more races. The Diversity Goals feature follows these guidelines to define underrepresentation on Hired.