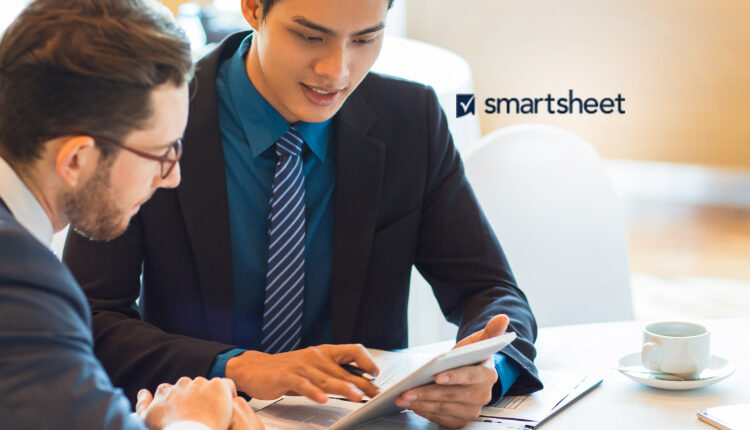 “We launched our government offering, Smartsheet Gov, in 2019 to replace the legacy technologies many agencies still rely on and overhaul decades-old processes through streamlined collaboration and productivity that drives results for citizens,” said Gene Farrell, Chief Product Officer of Smartsheet. “Each of our founding members bring a different perspective and expertise to the Board that will help us extend our reach to the thousands of agencies and organizations looking to unlock the value trapped in outdated systems and enable them to transform, innovate, and achieve.”

Smartsheet has appointed General Peter Chiarelli (USA, Retired) as the Board Chair who will lead the group alongside Farrell. General Chiarelli served as Vice Chief of Staff for the US Army and Commander, Multi-National Corps. He also served as the Senior Military Assistant to Secretary of Defense, Robert M. Gates. Since retiring from the Army, General Chiarelli has been committed to supporting research to find treatments for service members suffering from traumatic brain injuries and post-traumatic stress, serving on public and nonprofit boards, as well as providing consulting services to companies with products that bring value to the Department of Defense.

“Smartsheet is an industry leader that can remedy the challenges today’s public sector organizations and employees face from legacy systems that promote silos that impede decision making and efficiency,” said General Chiarelli. “Smartsheet provides a platform that enables leaders to make use of real-time data when making critical decisions. Bringing together this group of experts will allow the value Smartsheet could bring to the federal sector to be introduced to more agencies who are looking to transform their operations, improve efficiencies and accomplish their missions.”

In addition to General Chiarelli, the initial charter members include four former public sector executives with deep expertise across civilian and defense agencies, including:

Built on AWS GovCloud and FedRAMP authorized, Smartsheet Gov is a secure, enterprise-grade platform built for government agencies to increase collaboration, speed, transparency and drive innovation. The platform is currently used by the GSA, NOAA, Department of Energy, NIH, Veterans Administration, Department of Defense, Department of Agriculture, and NASA JPL.