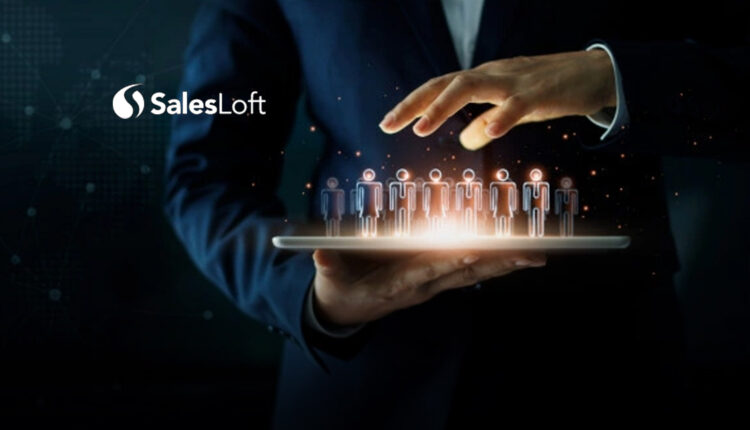 SalesLoft, provider of the only complete Sales Engagement platform, today announced the appointment of Cherie Caldwell as the company’s first Head of Diversity, Equity, and Inclusion (DE&I).

HR Technology: Why HR Leaders Must Base Decisions On Data And Not Instinct

Caldwell will join the SalesLoft Executive Leadership Team to shape, drive, and execute the company’s ongoing D&I strategy. As part of her role, she will lead SalesLoft Cares, a company-wide initiative that builds upon SalesLoft’s strong existing culture to foster a more inclusive world. Caldwell will be a key sponsor of SalesLoft’s Employee Resource Groups to advance and champion DE&I initiatives across Black, LGBTQ+, and female Lofters. She will also promote awareness and education programming, and encourage engagement within SalesLoft’s communities.

“These last 12 months, as challenging as they were at times, have been full of growth for SalesLoft, especially around our DE&I commitment,” said Rob Forman, Co-founder, President and Chief Strategy Officer at SalesLoft. “SalesLoft is dedicated to cultivating a diverse and inclusive workplace. We couldn’t be more thrilled to welcome Cherie and to support her as she executes on our D&I strategy, and helps us build upon the grassroots efforts in the organization.”

Caldwell holds Senior Professional in Human Resources (SPHR), Herrmann Brain Dominance Instrument, and PROSCI Change Management certifications. She is an active advocate of the Atlanta-based nonprofit Cool Girls, whose mission is to empower local girls by breaking the cycle of poverty, low self-esteem, and inspiring them to change their world. She is also a co-founder of the Black Women’s Career Council.

“It’s incredibly important to me that I’m working for a company that’s open and ready to lead the way when it comes to diversity, equity, and inclusion. That’s why I’m thrilled to join SalesLoft,” said Caldwell. “I look forward to partnering with leaders across the organization to launch initiatives that create meaningful change.”

Caldwell represents SalesLoft on Metro Atlanta Chamber’s (MAC’s)  “ATL Action For Racial Equity,” a multi-year effort through which the company is coming together with other Atlanta-based businesses to address systemic racism, inequity, and immobility.

Caldwell also joins SalesLoft after an explosive year of company growth. In January, the company announced it raised $100 million at a $1.1 billion valuation. Since last year’s fund raise, the company has more than doubled recurring revenue and established itself as the only complete provider of Sales Engagement in the market.