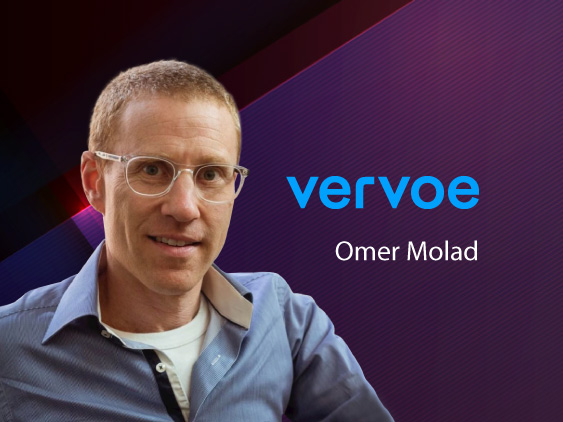 TecHRseries Interview with Omer Molad, Co-founder and CEO at Vervoe

Omer Molad, Co-founder and CEO of Vervoe, an intelligent hiring platform that uncovers hidden talent through real-world tests joins us in this TecHRseries Interview to talk about his HR Tech predictions for the year while also sharing some interesting interview best practices.

Here are the snippets:

Tell us a little about yourself Omer, what inspired your journey into HR/HRTech? Can you share some of your biggest startup learnings and experiences with us?

I grew up in Tel Aviv, but also spent part of my childhood in Melbourne. I completed high school in Israel and then spent some time in the military. Israel is a massive entrepreneurship and tech hub, and I spent a couple of years working in startups there.

I then moved to Melbourne and began applying for tech jobs, but found I couldn’t even get an interview. I realised that no one valued the experience I had in multiple startups, or experience as an officer in the military. Once I had a law and commerce degree from Melbourne University, however, I was deemed more “credible”.

Shortly after, as a hiring manager, I noticed that many people with ‘credible’ résumés couldn’t actually apply their skills in different environments in the way that was needed. It became obvious that there’s a massive disconnect between the way people were telegraphing their skills and what they were actually capable of performing.

I spoke with my friend, and now co-founder, David who had previously worked in Silicon Valley, and he had found the same thing — that you couldn’t differentiate between the skills of the people who had gone to Stanford or were self-taught.

We loved the concept of job auditions to identify skills. Now, job auditions or work samples is not an innovation in and of itself; there are many forms of “in the room” or offline testing. Our innovation is doing it at scale, using technology to create assessments that test everyone in parallel, based on job-related skills they needed to perform.

If I reflect on some early mistakes, there are two that stand out. At the beginning, we were really focussed on, and invested too much on, making something automated, scalable and repeatable. We tried doing things like implementing Intercom and trying to make every system we had repeatable. What we probably should have done instead is some of the things that aren’t repeatable. We should have been just going to talk to 100 people and get one customer at a time. That’s ultimately what we did, but that was a result of learning.

We also weren’t great at explaining the value of what we do in the beginning. It took us a while to get that right. We sent out the wrong message and people would be confused. The result is that we’d attract the wrong people, or we’d attract the right people but then they’d be confused or disappointed in the product. We’ve got a better handle on that now.

Specific to the B2B/Tech marketplace, what top best practices can you share when it comes to designing better interview processes across roles and functions?

First, let’s get one thing out of the way. Traditional interviews don’t actually predict performance. Rather, the best way to predict performance is to test job-related skills in context. And this should be done across all roles and all functions.

Traditional hiring is like a funnel. It starts with a large group of candidates we know little about, and ends with one person we hope to know a lot about. We pour candidates in and, as the funnel gets narrower, less candidates can fit in. This is necessary because there is simply not enough time to interview every applicant for every job. Nobody wants to do that.

What if, instead of applying for jobs in a traditional way, candidates perform tasks that are relevant to the job they’ve applied for. That way, hiring managers and recruiters can see whether candidates can do the job before they get the job. That’s what we’ve created with Vervoe.

Market leaders are quickly realising this is giving them an advantage in hiring. Companies like Walmart and Australia Post are using this same method to outperform their competition by being pioneers in high volume recruitment.

Nevertheless, there is a place for interviews in the hiring process. Interviews are a useful tool to build rapport, and even start a relationship, with candidates after their skills have been validated. They can, and should, also be used to answer unanswered questions from the hiring process.

In today’s evolving HR and HR Tech space, what according to you are some of the top skills HR leaders should have more of?

The skills and competencies for success in every role are changing rapidly. Yet so often we see a lack of understanding, or friction between hiring managers and talent to understand and hire for existing and emerging skills.

The issue is recruiters will never truly understand roles the way that hiring managers do. The skills that talent leaders really need to focus on are the ones that belong to recruiters. The need to be good at marketing to candidates. They need to create and deliver the value of a role or a company. They need to implement robust processes that engage and motivate candidates.

It’s the role of recruiters to deliver from that process the best selection of people for the job to that hiring manager. To do this effectively, they need to assess candidates based on performance against the actual tasks that are required for the role.

Talent teams also need to hone their candidate experience skills. It’s up to them to ensure candidates are treated with respect and prompt communication.

Could you share a little insight on how you see the typical role of an HR leader in the tech marketplace evolve, given the current dynamics in the industry?

Technology, and particularly AI, will enable HR leaders to spend more time on high-value tasks. The best solutions will augment human decision making, continuously learn from humans in the environment, and allow HR/talent teams to spend more time with both hiring managers and candidates.

Given your expertise in HRTech, we’d love to know about some of the most common workplace challenges that global companies are now trying to solve with technology.

The biggest thing our clients come to us for is efficiency. Competition for great people is aggressive. There’s more pressure placed on businesses to do more to stand out. So companies are expecting more from HR, to attract, hire and retain people who will grow their business, often with the same HR headcount.

This is especially true from a talent acquisition perspective. Screening candidates remains the biggest drain on recruiter resources. The number of candidates per open req has increased, and finding quality candidates has become more challenging. Tech, and especially AI, can be a powerful way to make the hiring process more scientific, scalable and effective.

Beyond efficiency gains, organisations are still striving to increase diversity in their teams. Recruiters are becoming more aware of the unconscious bias in the traditional hiring process. Done right, AI tools can surface the skills profile of candidates and elevate racially-, gender- and neurodiverse candidates.

If you could change 5 (mundane) things about HR practices in B2B/tech companies, what would they be?

Tag (mention/write about) the one person in the industry whose answers to these questions you would love to read!

I would be interested to hear from Shera Schwartz @ Instacart

The High Growth Handbook by Elad Gill covers all aspects of team building. But for Founder/CEOs nothing beats The Hard Thing About Hard Things by Ben Horowitz.

Tell us about some of the top industry events that you’ll be participating in (as a speaker or guest!) in 2020!

We’ve just been to Hiring Success in San Francisco. We’ll be at the ASU GSV Summit in San Diego, and a little later at the Australasian Talent Conference in Sydney.

Could you talk about some innovative ways some of your customers have used Vervoe’s skills assessment software to drive better hiring processes?

We recently helped Australia Post through their peak hiring period, recruiting over 2,500 casual employees across their delivery network. Although this recruitment campaign is focused on seasonal casual employment, it is a significant feeder to the rest of the business with over 20 percent of casuals being retained into more permanent roles.

The Vervoe platform let them assess at scale, with over 10,000 applicants coming through. A process that took them 5 months in 2018 reduced to just 2 weeks in 2019. Importantly, only needing to back-fill 3% of staff, compared to 7% the year prior.

The change in process also improved the relationship between hiring managers and the talent team. Consultants are now able to have more meaningful conversations with stakeholders about the best ways to attract the right people for the business. 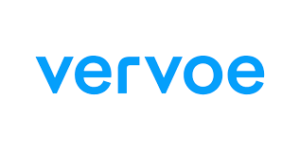 Vervoe’s mission is to make hiring about merit, not background. Vervoe, an AI-powered skill testing platform, helps companies hire the very best by focusing on who can do the job, not who looks good on paper. Vervoe uses machine learning to create tailored skills assessments that are instantly auto-gradable, allowing companies to test candidates for any skill, and automatically grade their responses at any scale. Vervoe helps companies of all sizes make hiring decisions based on data and free from bias, and gives major staffing firms like Kforce an “unfair advantage” by showcasing candidates whose skills have already been validated.

Omer is Co-founder and CEO of Vervoe

Paroma serves as the Director of Content and Media at TecHRseries.com. She was a former Senior Features Writer and Editor at MarTech Advisor and HRTechnologist.

Working Remote for an Extended Period of Time? Here are some “Tech” Tips that can…