Facts versus Myths: Leadership Strategies in the US based SMEs during the Pandemic 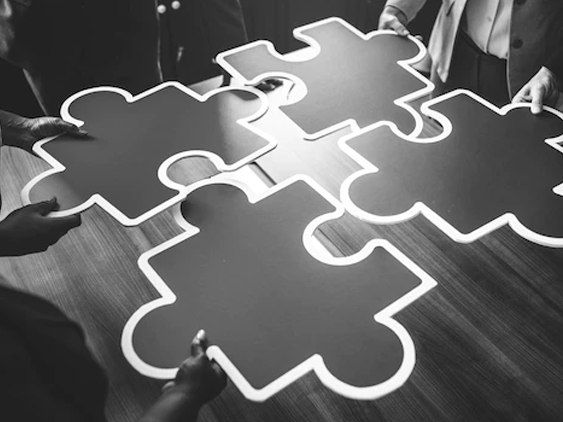 A large number of organizations are spending a large part of their HR budget on corporate leadership strategies. There are many benefits of leadership training in the current post-pandemic era where good talent is hard to come by. Most of the small businesses in the US, in the contemporary context are looking for reshuffling the roles of the business managers. Evolution of business managers have already been initiated, as pandemic had forced the young managers to take up greater leadership roles. Inadequacies of leaders in various organizations have changed the entire ecosystem, as small managed enterprises have been forced to adopt innovative strategies to survive amidst intense competition, But, how have leaders in the US facilitated the growth of the so called ‘small managed enterprises’ ?

Most interestingly, it has been noticed that, leaders have played a spearheading role in initiating cost management. A number of business consultants’ who have worked to improve volume of sales in the US based enterprises, have acknowledged that, wise decisions have been taken to reduce product lines, as failing product lines have not been promoted in an intensely competitive market. Therefore, managers have closely filled the gaps related to inadequate product costs and overridden those which became redundant.

Bringing in a total transformation remained to be a major objective, as new considerations were being made to resurrect the income statements. A major concern amongst the evolving leaders related to cash flow within the small managed enterprises, as new fund accruals were being focused upon continuously. In fact, many of the business leaders had a tough time in managing cash flow especially, when it came to small business enterprises.

But, what were the most challenging aspects in leading a team within the small business enterprises?

Leaders often had to motivate the team members in order to bring out the best. Experts acknowledged that, this was probably one of the toughest aspects that leaders had to deal with.

How Did the Leaders Manage to Wade Through?

Many of the business heads acknowledged that, fostering a trustworthy culture was the key towards the effective management.

Communication was the backbone, although technology intervention strategies were revisited and protocols were broken, only to be reconstructed. It was difficult to swim through, and many of the small managed enterprises failed to operate profitably amidst turmoil. For the successful enterprises, leaders reworked on the balance sheets to reduce expenses, while two pronged strategy was taken to reduce overhead expenditures. Reducing variable pay packages and downsizing incentives, especially for the sales team, eventually worked out to be a good idea. Following this, many of the leaders were following up on the debt accruals, while pending payments from the customers, had to be closely accounted  for in order to resurrect balance sheets.

How Had Leaders Reduced Expenditures?

In most of the small managed enterprises in the US, advertising expenditures were reduced at one go. Products and services on the other had been being promoted on the social media, to gain consumer attention. Therefore, for the senior and the older leaders had taken time out to get connected with the audiences through social media. Many of the small managed enterprises encouraged ‘work from home’, as the operating model, wherein only technology interventions were guided upon to create an impact. Expenditures were measured at each step and costs were brought down to a minimal as leaders continuously participated in pitching sales.

Mostly, yes. Professional networking had largely helped the leaders in the US, to meet targets, especially when a majority of the team members had failed. Being in touch with one another was also important, as empathy remained to be a quality skill driving the contemporary managers. Nevertheless, successful leaders in the US had redefined certain operational protocols to drive success. For instance, detailed documentation was cut down upon in the insurance industry to invite consumers. Health insurance market probably was building profits, as managers called off stringent documentation procedures to reassure consumers. A gainful transformation in human approach was noticed, as true leaders started to connect with the masses.

As we speak on emerging leaders, it is imperative that, we understand the challenges faced by them during the pandemic. As far as US is concerned, leaders were reincarnated overnight, to lead cohesive teams in managing targets. New concepts were being put in place, as cultural turnarounds dominated many of the small managed enterprises. Suddenly leaders in the US focused more on the ‘people aspect’, rather than on performance.