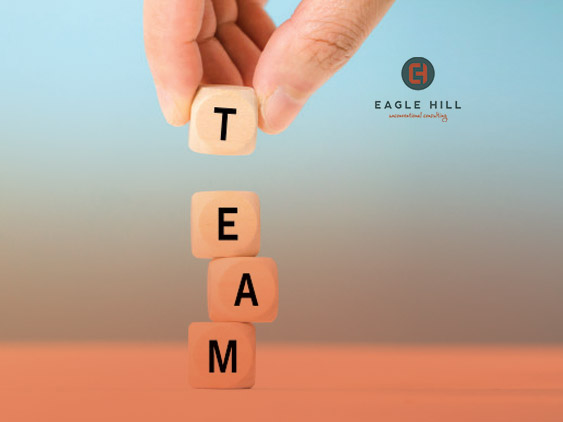 New research from Eagle Hill Consulting finds that only 21 percent of employees strongly agree that their teams respond enthusiastically to change. An inability to effectively manage change can prevent business from achieving results at a time when many industries are undergoing radical change. The study also finds that employees believe business teams are falling short when it comes to building cohesive teams and performing at an optimal level.

The research comes as Eagle Hill launches new advertisements that will air on Fox Sports during the 2019 FIFA Women’s World Cup scheduled for Friday, June 7th through Sunday, July 7th. The ads will air throughout the duration of the tournament in Washington, D.C. on WTTG/WDCA and in Seattle on KCPQ/KZJO.

“We’re releasing this research during the FIFA Women’s World Cup because we believe there are important parallels between winning on the field and winning at the workplace,” says Melissa Jezior, Eagle Hill’s president and chief executive officer.

She explained, “Highly successful sports teams like U.S. Women’s National team – going for its fourth title – exhibit the maximum levels of cohesion, performance, and ability to adapt to change. During the women’s soccer tournament, we’ll see how individual elite athletes work together under strong coaches to achieve a team goal while constantly adjusting to changing environments. Business teams should do the same, but our research indicates they are not.”

The new research findings are based on a national poll of U.S. workers to measure three critical elements of high-functioning business teams: cohesion, performance, and continuous growth and change. Together, these three elements set the foundation for a team’s success.

The research finds that:

“Eagle Hill is proud to release our first television advertisements during the Women’s World Cup. We support women competing at the highest level, and we also are committed to equality and diversity. And we know from experience that teams and businesses that embrace these principles are those best positioned for innovation and success,” Jezior said.

Jezior built Eagle Hill on a foundation of equality and diversity, so it is tightly woven into the culture of the company. In fact, some 68 percent of Eagle Hill’s workforce is female, and those numbers are consistent at the leadership level.

The Eagle Hill Consulting Workplace Teams Survey 2019 and Team-Oriented Workplace Survey were conducted online by Ipsos in April and May 2019. Each of the surveys included over 1,000 respondents from a random sample of American adults who are employed either full-time or part-time across the United States. The surveys polled respondents on aspects of teamwork and change in their respective workplaces.

Eagle Hill Consulting LLC is a woman-owned business that provides unconventional management consulting services in the areas of Strategy & Performance, Talent, and Change. The company’s expertise in delivering innovative solutions to unique challenges spans across the private, public, and nonprofit sectors, from financial services to healthcare to media & entertainment. Eagle Hill has offices in the Washington, D.C. metropolitan area, Boston, MA and Seattle, WA.

The Importance of a Clear Diversity Statement in Tech