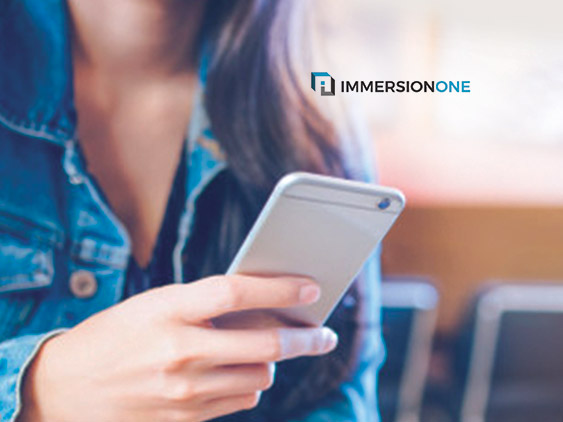 ImmersionOne announced the launch of a new startup looking to help companies struggling with the problems of finding and keeping top employees. Using cutting-edge gaming platforms and principles, ImmersionOne makes the recruiting process both fun and informative for companies. Behind the game interface resides algorithms and principles that screen employees to find ones who are the best fit for the job. Even better, the ImmersionOne platform can be used successfully to onboard new employees, and even to retain employees through interactive corporate learning and development.

“Companies are under immense pressure to find and keep top employees,” says Sid Kapur, co-founder of ImmersionOne. “Those that do have a true competitive edge versus the rest of their industry. Our goal is to use the proven principles of gaming and customize it to the unique characteristics of an organization’s culture.”

Kapur’s extensive experience at top brands such as Electronic Arts, Activision Blizzard and Amazon has given him key insight into how to blend gaming with human resources in three key areas:

In today’s hot job market, companies today are struggling to hire employees, particularly in sectors such as retail or fast food services. As of June 2018, for the first time in 20 years the number of job openings exceeded the number of job seekers, according to the US Department of Labor.

From hiring parties, to text messaging, to quarterly bonuses, to mobile apps for employees to swap shifts, to regularly soliciting suggestions from staff, companies are doing everything they can to find and keep the right retail employees.

ImmersionOne gives companies a major recruiting tool in the form of fun online or mobile app games that both pique the curiosity of job seekers as well as screen prospects to identify those who would be the best fit for the job. ImmersionOne’s gamified AI is custom-built for each company’s recruiting needs.

Hiring employees is just the first step. Proper training is required to ensure employees can perform their tasks in alignment with brand expectations.

A Business Insider article from May 10, 2016 titled “Why Chick-fil-A’s restaurants sell 3 times as much as KFC’s” explained: “Chick-fil-A says its service is so consistent because it invests more than other companies in training its employees and helping them advance their careers — regardless of whether those careers are in fast food.” “The better we train, the longer people stay with us,” Kevin Moss, a Chick-fil-A manager said.

ImmersionOne makes training actually fun, versus a dreaded chore that employees avoid. Using tried and true gaming philosophies that have led to the explosion of PC and mobile games such as League of Legends, Clash of Clans, Fortnite and others, ImmersionOne blends games with corporate development for optimal learning outcomes.

One of the primary challenges in today’s job environment is the issue of retention. In a March 2017 CareerBuilder article, they asked National Retail Federation Foundation Vice President Kathy Mance to characterize high employee turnover in the retail sector. She summed it up in two words: “It’s expensive.”

In an article titled “Recruiting and Retaining Top Talent in the Retail Industry” on CareerBuilder: “According to First Research, annual personnel turnover in retail is high, over 50 percent, requiring constant hiring and training of new employees. What this statistic proves is that the industry does a poor job of finding the right talent and conveying the opportunity realistically in the interview process.”

“Actions that increase employee retention are also getting a lot of attention in the high-turnover business,” says a January 4, 2019 article from Bloomberg: “Restaurants Are Scrambling for Cheap Labor in 2019”.

Slash your rate of employee attrition through gamified AI from ImmersionOne.

SunTrust Celebrates Diversity Month with Recognition for Its Commitment to Inclusion