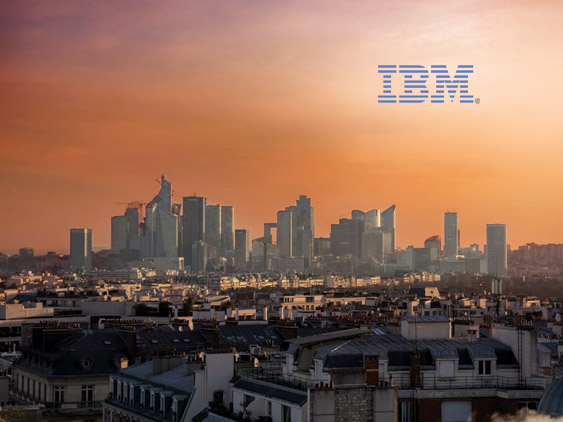 IBM announced plans to expand its global “New Collar” programs into France as part of a commitment to help prepare the French workforce for the business and social transformation being driven by hybrid cloud, digital and AI technologies.

The announcement was made during President Macron’s “Tech for Good” Summit in Paris, where IBM Chairman, President and CEO Ginni Rometty is leading an education working group.

“We know that AI, like other transformative technologies before it, will have a profound impact on peoples’ jobs and the workplace. That is why IBM is leading the way in expanding the pathways through which students and professionals can build skills for today’s technology era,” said Rometty. “Through groundbreaking education programs like P-TECH – which we are proud to expand in France – we can ensure that no one is left behind in the digital age.”

IBM has been making investments and partnering with governments, educational institutions and businesses around the world to equip the global workforce for emerging “New Collar Jobs”, which are jobs that require specialist technical skills, but not always a traditional university degree. IBM’s “New Collar” program is the largest global initiative of its kind, with 200 P-TECH schools serving 125,000 students across 13 countries, including France, when the current school year starts.

Following the “Tech for Good” Summit, Rometty delivers the opening keynote at Viva Technology 2019 on the next chapter of digital transformation for business.  During her keynote, she will share how businesses can accelerate their transformations by moving mission-critical work to the hybrid cloud and by scaling AI throughout the enterprise, driving innovation while earning the trust of society.

In partnership with the French Ministry for Education, BNP Paris and Orange, IBM announced the introduction of P-TECH (Pathways in Technology Early College High School), a pioneering education initiative in France.

P-TECH was created by IBM in 2011 to open new pathways, by creating a direct connection between secondary school or lycée, college and career. The objective is to help students graduate with a secondary school diploma and then an associate degree aligned to industry needs, through workplace experiences, including mentorship and internships. The French P-TECH model is based on a close collaboration between the French Ministry of Education, French secondary schools and partner companies. They are working together to provide individual and long-term support to students from their first year of lycée to their last year of college. Students who have completed this program will then be able to choose to continue their studies or to start working.

IBM is also launching SkillsBuild, a new digital platform, which provides job seekers –including those returning to work after leave, the long-term unemployed, migrants, veterans and those changing professions –with the digital content, personalized coaching and experiential learning they need to gain technical and professional skills required to re-enter the workforce.

The first deployment of the program will be introduced in partnership with NGOs and non-profits, including  Aurore, Emmaüs France, Fondation Agir Contre l’Exclusion, Fondation des Apprentis d’Auteuil, and Institut de l’Engagement.

Following its launch in France, the program will expand to Germany and the UK in the second half of 2019, before its global roll-out.

IBM will contribute to the pioneering OpenClassrooms apprenticeship initiative with a commitment to hire apprentices and to contribute hands-on projects and mentorship to the program.

In addition, IBM along with Accenture, Airbus, Engie, Sanofi and Thalès, has signed a “Declaration for Sciences and Technology at School”, with a commitment to encourage employees to volunteer in schools, to provide support to students and teachers, and to provide technology resources in support of volunteers from all companies.

The first program identified for support by IBM will be “Yes we code!” in partnership with the Fondation CGenial.

In addition to these “New Collar” programs, IBM recommitted to investments to support business and societal transformation in France, including new regional centers with public and private partners:

Two-Thirds of Digital Experts Would Move Abroad for Work, a Global Study Reveals