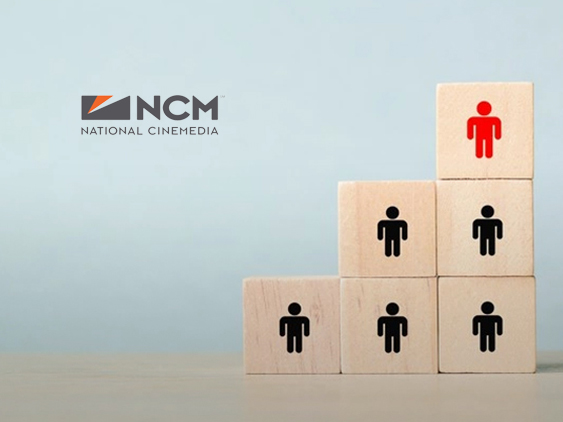 National CineMedia (NCM), the largest cinema advertising network in the U.S., today announced that Eric S. Wohl has joined the company in the new role of Chief Human Resources Officer (CHRO), based in the company’s Centennial headquarters.

National CineMedia (NCM), the largest cinema advertising network in the U.S., today announced that Eric S. Wohl has joined the company in the new role of Chief Human Resources Officer (CHRO), based in the company’s Centennial headquarters.

Wohl comes to NCM as a senior HR leader with success in implementing progressive people strategies at top companies across multiple industries. Most recently, he served as Senior Vice President & CHRO with Radial Inc., a global omnichannel eCommerce leader where he was responsible for all aspects of the company’s North American HR team. Prior to this, he spent 10 years at telecommunications leader DISH Network, LLC, in a progressive series of HR leadership roles, ultimately leading all aspects of global HR investment across the US, Europe and Asia as Acting CHRO and Senior Vice President, Human Resources. Before joining DISH, Wohl served in Senior HR leader roles at Dell, Incorporated, supporting the global sales and IT functions across the Americas, Asia and EMEA regions. His career also includes consulting and HR management roles at Andersen, LLC, i2 Technologies, and the Pepsi-Cola Company.

A graduate of the University of Michigan, Wohl holds a Bachelor of Arts degree in Organizational Behavior and a certification in Executive Coaching from Northwestern University.

National CineMedia (NCM)’s CEO Tom Lesinski said, “Eric brings valuable perspective and leadership to our team in this vital time for NCM as the world gets back to the movies. I look forward to working with him as we continue to reimagine our company and strengthen our cinema advertising leadership position in the marketplace with new ways to unite brands with the power of movies and engage movie fans anytime and anywhere.”