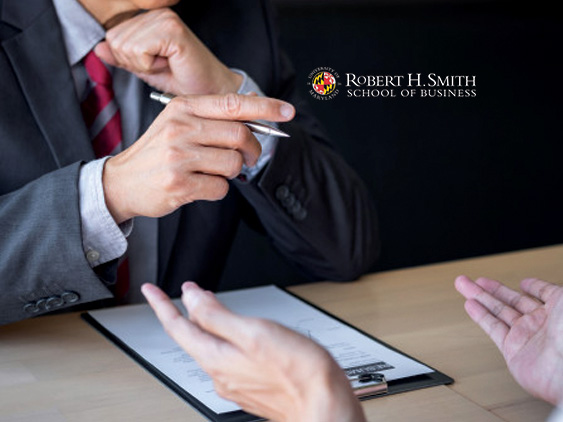 The five-day, 40-hour workweek has been the conventional practice in business essentially since its inception by Henry Ford in 1926. But a recent Microsoft pilot program challenging that convention has signaled that when done right, the four-day workweek can yield great benefits for the company, community and individual alike, says J. Gerald Suarez, professor of the practice in systems thinking and design at the University of Maryland’s Robert H. Smith School of Business.

This past August, Microsoft Japan experimented with a four-day workweek, keeping its doors closed on Fridays and giving employees the day off. To condense the workweek, employees were encouraged to scrap meetings and instead communicate by in-office messaging. Meetings that were deemed too important to be scrapped were capped at 30 minutes.

After a month, the firm reported a roughly 40 percent increase in productivity, compared to August 2018. And news of the experiment went viral.

The sample size is small and the jury is still out in terms of the four-day workweek’s success, but there’s no denying that the Microsoft experiment makes a statement, says J. Gerald Suarez, professor of the practice in systems thinking and design at the University of Maryland’s Robert H. Smith School of Business.

“Part of the significance is that it’s a well-known company that has a global reach, and it could signal to other corporations to follow,” Suarez says. “I think that Microsoft has the potential of becoming an influencer and is showing other companies that this could be the way to go.”

Of course, a successful four-day workweek doesn’t just happen, Suarez says. It requires that companies promote operational readiness, streamlined processes, the elimination of waste and redundancies, and efficient workflows. Doing so is crucial, he says, not only because it frees up time, but also because it helps prevent the perceived pressure of completing the same amount of work – or more – in fewer hours.

“A company could experience savings in energy consumption, maintenance and housekeeping. In the community, there might be less traffic and congestion on the roads, as well as increased volunteering and engagement,” Suarez says. “For the individual, I think you have a greater space for spending time with your family, and decompressing and disconnecting from work. It gives you the room to take a microvacation – and that’s a real benefit.”

While beneficial in theory, however, the four-day workweek must make sense in terms of a company’s operations and environment, he cautions.

“I think that companies who are exploring these options need to be very careful because it’s not a ‘one-size-fits-all.’ This is a ‘one-size-fits-most’ and it’s not meant for every industry. There might be some industries that need to maintain that 24-hour cycle.”

In weaker economies, the four-day workweek might not deliver the same benefits to workers, he adds. Employees who struggle financially might take on a second job, potentially leading to faster burnout and negating the advantages of time off.

Just as runners incorporate rest into a training regimen, companies and employees must schedule downtime if they want to keep up with the growing pressure, speed and complexity of the workplace.

“Rest is critical because it allows you to recharge, heal, feel stronger on your next run and develop more endurance. If you keep running every day, you may get hurt and you will not run faster,” Suarez says. “I suggest American workers are getting hurt and rest is an essential component of building focus, endurance and resiliency in the workforce.”

Don’t imitate. Each company is unique, so customize your plan to make sure it aligns with your company’s mission, values and objectives.

Test drive. There’s no need to make it a companywide mandate right off the bat. Try it out within different areas of the company to get a sense of its effectiveness.

Streamline processes. Establish efficient operations to create conditions for people to work fewer hours and help employees compensate for having an extra day off.

Spread the word. Communicate the decision externally and internally. Tell customers how the change might impact them, and explain the rationale and financial benefits to shareholders to avoid negative perceptions about the company’s workflow.

Lead by example. Make sure executives and supervisors support the change in order to prevent employees from feeling pressured to come in and refrain from taking their time off.

G2 Recognizes JazzHR As a “Leader” in the Recruiting Software Category