Why Your Next Tech Recruiter Should Have a Background in Sales

Background in sales can actually help in recruitment. Developers are found to be saying that salary is one of the top 3 most important factors in a job offer. 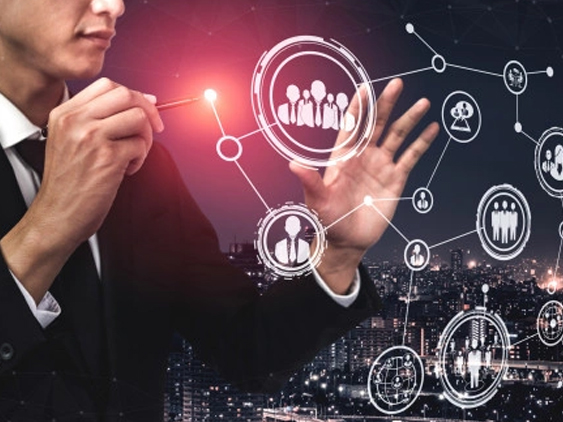 Engineers are saying that Glassdoor reviews and companies’ culture pages are what matters most to them when looking for a job. But as demand for fresh tech talent surges and the way candidates assess employers shifts, the recruitment process is yet to evolve.

There’s long been a disconnect between recruiters and recruits in tech. Developers are found to be saying that salary is one of the top 3 most important factors in a job offer, while recruiters believe that the company’s technical stack is more valuable. This misalignment is where companies struggle to convince people to come on board – they don’t understand them.

More than 30% of companies are expecting to hire up to 100 developers in the next year, according to the State of Developer Recruitment 2021. This fierce hiring competition means traditional recruiters have a smaller window to build trust with tech workers, sometimes lacking the soft skills to do so. However, recruiters that have a background related to sales have a level of communication and emotional intelligence that lends itself very well to the hiring process. They grasp the nuances of relationship-building, and are familiar with the art of negotiation without being disingenuous or aggressive.

With that in mind, here are three reasons your next tech recruiter should have a sales role on their resume.

More than a quarter of developers get three to five job offers per week. Recruiters are going to face a lot of rejections from candidates, but they can’t take the response personally. Recruiters with a sales background know that a “no” is an opportunity to start a new dialogue. They’re equipped to engage people and overcome objections to the offer.

Simply saying “May I ask why?” can pinpoint if the reason for the refusal is due to bad timing, current job satisfaction or if the person doesn’t accept any offers across the board. Delving into the justification gives more insight into the developer’s personality and values, which then opens doors for the recruiter to tailor the offer and interaction appropriately.

For example, my colleague, Mike, an experienced sales professional, recently followed up with a React JS developer at the final stage of the recruitment process. The candidate had rejected the offer, but Mike asked the right questions to discover that the candidate was taking a different position he believed was better. Mike encouraged the developer to review and break down the offer together, which enabled him to explain why his offer was more advantageous.

Had Mike not applied his sales skills and accepted the initial dismissal, we would have lost a great new hire, and the developer would have drawn the shorter straw.

Sales personnel have the human touch but they’re equally data driven. They’re adept with metrics, reporting, and conversion optimization, and they take the time to review statistics and identify areas for improvement. The focus on numbers fits in well in the tech space.

Recruiters from sales cast a wider, but curated, net in the talent pool to reach out to monitor the hiring process at each level. Essentially, they make multiple sales funnels to track the quantity and quality of candidates in each tier. For instance, to keep on top of the number of people in the recruitment flow, the top of the funnel would be the total applicants, below the number of screened and qualified candidates, then the number of interviews, offers made, and finally the candidates successfully hired. From my experience, of all applicants in a funnel, only 7% are selected for interview and 2% are given an offer.

Within this funnel structure, sales recruiters can also calibrate for candidate availability. At the top is a large number of candidates who need training but are available immediately. In the middle is a smaller group of candidates with more experience but who are less attainable, and at the bottom is the smallest group of sought after candidates who likely have offers from other companies.

By segmenting and recording how successfully they secure tech talent, recruiters from sales are confident in the momentum in the funnel and know that statistically, they will fill a position with the right person. On top of that, they can detect patterns in their approach and iterate according to the company’s hiring priorities.

People who have spent time in sales have an inherent awareness of psychology. They’ve learned that by understanding the values of the customer, they can highlight how the product or service (or company) meets those values. For many people, such values stem from an emotion or experience, which is why it’s crucial that recruiters make the connection without being intrusive.

Especially in tech, recruiters have to overcome the barrier of their personality types often being the opposite of the talent they contact. While recruiters are often extroverts by nature, developers are more introverted, and recruiters therefore need to dig deep to understand who they’re speaking to. Recruiters with a sales background are well-versed in researching because their instinct isn’t to empathize with everyone but rather know what makes them tick.

In the tech field, they could find a Medium article written by a candidate and ask “I read that X is important to you at work, could you tell me more about why?” or “I see that you’ve been posting about Y on LinkedIn, are you interested in training in that field?”

Recruiters have to be genuinely interested in the people, shaping a space where candidates can honestly talk about themselves. For example, developers from Central Eastern Europe tend to be shyer, and won’t shout about their achievements, no matter how impressive they are. A recruiter with sales experience would pick up on cues that the developer isn’t telling the whole story and get them to open up without feeling uncomfortable.

That said, the emotional intelligence of recruiters makes them wary of when to stop pushing or if a candidate can’t elaborate at that moment. Backing off when necessary is a big part of relationship building.

Developers can also be suspicious of recruiters, sometimes viewing their hiring techniques as disingenuous.

A recruiter with a sales background, however, knows how to be straightforward, sincere, and earn tech workers’ respect. They feel comfortable saying that a position doesn’t meet a candidate’s salary expectations, but that the company culture or development opportunities are worth pursuing. Such transparency goes a long way to form the trust that could seal a “yes” for candidates.

The boom in tech openings combined with developers paying greater attention to company culture has generated the need for a more empathetic attitude to recruitment. Gone are the days of mass cold emails and formulaic chats with HR. The companies that bring in recruiters with sales knowledge and upskill them into the role will be the ones that upsell themselves best in tech talent pools.

Sergiu Matei, Founder of Index - the platform helping teams find and hire world-class remote software developers, and be globally compliant from the get-go.