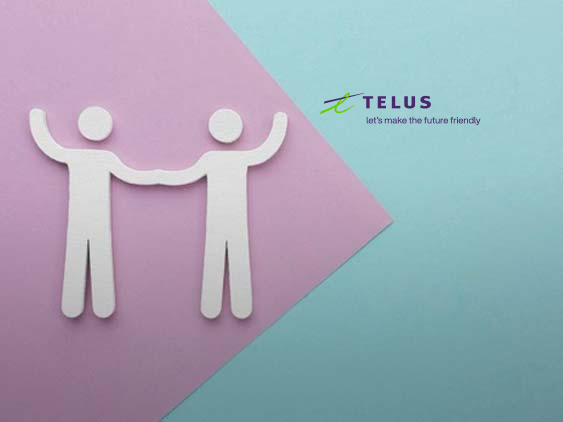 TELUS Corporation announced that the Ontario Superior Court of Justice has granted its final order (the “Court Approval”) approving the plan of arrangement (the “Arrangement”) in respect of the acquisition by TELUS of LifeWorks previously announced on June 16, 2022.

TELUS and LifeWorks also announced that the Competition Bureau of Canada has issued a no action letter in respect of the Arrangement. Accordingly, Competition Act Approval, as defined and as required by the Arrangement Agreement previously entered into between LifeWorks and TELUS, has been obtained. In addition, the applicable waiting period in relation to the Arrangement under the Hart-Scott-Rodino Antitrust Improvements Act of 1976, as amended, has expired (the “HSR Approval”), with the result that the acquisition is clear to proceed in the United States as well as Canada.

The Court Approval, the Competition Act Approval and the HSR Approval are significant milestones toward closing TELUS’ acquisition of LifeWorks and follows LifeWorks’ shareholder approval, which was obtained at a special meeting of LifeWorks’ shareholders on August 4, 2022. Pending receipt of regulatory approvals in the United Kingdom and Australia, and the satisfaction of customary closing conditions, the Arrangement is expected to proceed to closing which is anticipated to be on or about the fourth quarter of 2022.

“We are pleased to have reached this significant milestone, with clearance to proceed with the TELUS – LifeWorks transaction in Canada and the United States,” said Darren Entwistle, President and CEO of TELUS. “Importantly, we have seen overwhelming support from LifeWorks’ team members, customers and shareholders, and I am confident that the potent combination of the respective skills and capabilities of LifeWorks and TELUS Health will create a world-leading, end-to-end, digital-first employee primary and preventative healthcare, mental health and wellness platform, covering more than 50 million lives, and growing, on a global basis. We look forward to welcoming LifeWorks employees into our TELUS family so that, together, we can help even more people around the world lead their healthiest and most productive professional and personal lives.”

“This is an exciting new chapter for LifeWorks and together with TELUS we will be able to accelerate our shared vision of empowering individuals to take a more proactive role in the management of their health by unifying the continuum of care through digital-first innovations, as well as our unmatched in-person care,” said Stephen Liptrap, President and CEO of LifeWorks. “Our two organizations are aligned as leading purpose-driven companies that are committed to improving the lives of people around the world.”

HR Technology News: The Great Transition: 40% Of Traditionally-Employed Americans Expecting to Make the Jump to Self-Employment in the Next Two Years