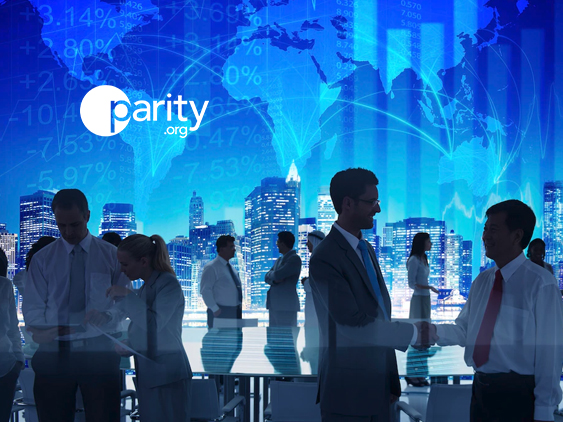 Parity.Org celebrates its fifth anniversary, marking progress toward its mission of increasing the number of women and people of color in corporate leadership. Cathrin Stickney founded Parity.Org in 2017 to address the stark reality of gender imbalance on executive teams and boards, and has since expanded the mission to include representation of people of color. In addition to the ParityPLEDGE Parity.Org helps companies make measurable progress toward their DEI goals through practical and evidence-based tools like the ParityMODEL and ParityINDEX.

Over the last five years, roughly 600 corporate partners across six continents have taken the ParityPLEDGE, a public commitment to interview at least one qualified woman and/or person of color for open leadership positions, including the VP level, C-suite, and Board. In a recent survey of companies that had signed the ParityPLEDGE for Women 12-18 months prior, Parity.Org found that 80% of companies had added and retained at least one woman on their executive team, while more than a quarter had achieved full gender parity on the executive team. Companies that had taken the newer ParityPLEDGE for People of Color reported that they had since increased the number of people of color on their Boards by 41% and the number of people of color in the C-Suite by 72%, three times the rate of their white counterparts.

Since launching, the organization has added a number of additional resources for companies aiming to reach parity and drive DEI efforts in their organization. This includes:

In an effort to create industry-specific resources, Parity.Org also partnered with Ralph Lauren and 20 fashion houses from New York and Paris to develop a ParityMODEL specifically for the fashion industry.  Entitled “Unlocking Gender Parity in Fashion”, this seminal white paper offers industry peers step-by-step methods to help increase gender equality at all levels of their organizations.

“When we founded Parity.Org five years ago, we had no way of knowing that a global pandemic would soon create even greater headwinds, particularly for women who have lost far more jobs, often due to lack of childcare, than their male counterparts,” said Cathrin Stickney, Parity.Org founder and CEO. “It’s been all the more gratifying to see the dramatic progress our corporate partners have made during such a challenging period of time–and it’s only accelerating. By 2027, we expect to have at least tripled our number of corporate partners and that, thanks to our ParityINDEX, they will be identifying hidden patterns and opportunities that move the needle faster than ever.”