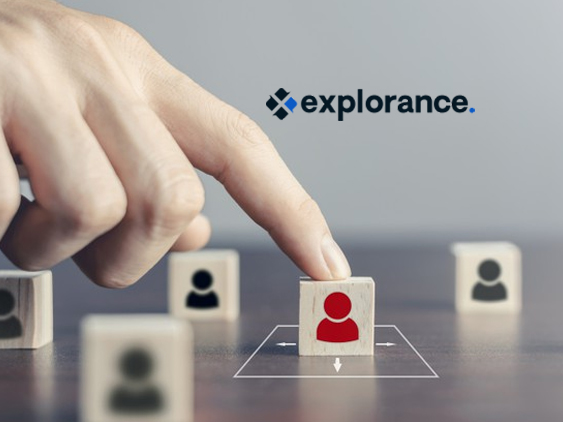 More than half of Millennials (53%) say they are looking for a new job, and 41% say they don’t believe their feedback leads to meaningful organizational change

— Employees want to share feedback to improve the workplace: Most employees (78%) say they’re eager to take company surveys, and more than a third (38%) say company surveys are preferred method for sharing feedback

— Employees — even executives — report a lack of action in response to their feedback: Nearly half of respondents (45%) and 40% of executives don’t believe their feedback leads to meaningful change

— Failure to address employee feedback may be a factor driving “The Great Resignation”: 41% of all poll respondents say they are looking for a new job

Explorance, a leader in Experience Management (XM) solutions, announced new findings that shed light on the hidden factors driving “The Great Resignation,” the unprecedented surge in employee turnover impacting industries ranging from retail and hospitality to manufacturing, healthcare and technology in the U.S.

The poll of 2,000 U.S. part- and full-time employed adults, commissioned by Explorance and conducted by Wakefield Research, reveals that companies’ failure to act on employee feedback may be driving employee flight.

“The three greatest challenges business leaders are facing today with respect to talent are attraction, performance engagement, and retention,” said Samer Saab, founder and CEO of Explorance. “This data not only reveals new insights as to why employees are looking to change jobs, it also shows that responding to employee feedback by making meaningful changes can improve employee inclusion and retention.”

Most employees (78%) say they’re eager to take company surveys, and over a third (38%) call company surveys the preferred method for sharing feedback with or about their company (one-on-one meetings with employee managers is a distant second at 25%).

What’s more, even open-ended questions are always, usually, or sometimes answered by virtually all respondents (98%). These are the most time-consuming parts of surveys for employees to complete, and are challenging for HR leaders to analyze, especially at enterprise scale. Yet, the responses to these open-ended questions have the greatest potential to reveal insights that can drive meaningful change.

Despite the belief their opinions go unheard, over half (52%) believe company surveys give them an opportunity to drive positive change within their company and nearly as many (44%) say surveys make them feel like their opinion matters. Nearly all respondents (85%) always or usually take company surveys, and nearly all (98%) say they’re completely or somewhat honest when responding.

Lack of transparency around the results is a sore spot among employees, with 43% reporting they never see the survey results. Even more so, 56% of executives— those in the greatest position to make organizational improvements —say they never see them either.

“Clearly, the biggest issue isn’t the surveys themselves, but the perception, true or otherwise, that not enough is being done with the results,” said Saab. “Many business leaders simply lack the tools to effectively analyze text-based employee feedback and speed the insight to action cycle.”