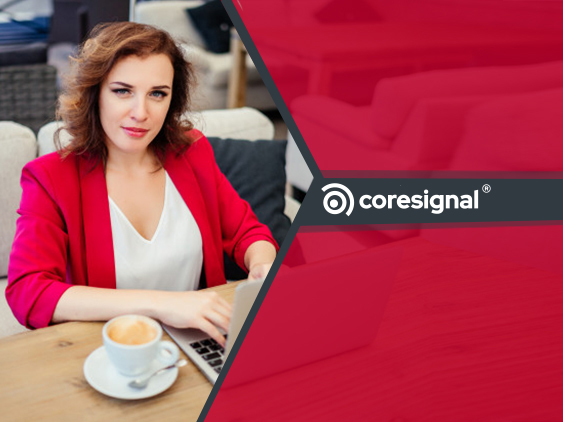 Coresignal, a leading public business data provider in the alternative data sphere, has analyzed a large database of online job postings posted during the COVID-19 pandemic and discovered results suggesting that the remote job trend among new white-collar job positions had acquired a negative tendency.

The company analyzed over 40M public job postings extracted from the online job search platform in North America and Europe from September 2020 to March 2022.

The job posting analysis revealed that the remote job share kept shifting. It appears that globally,* it slowly declined until the middle of 2021, consolidating at around 8%, after which it once again started increasing, reaching a peak of 17.9% in October 2021. However, the growth of remote job postings stabilized and had acquired a slightly negative trend in the first quarter of 2022, which highly resonates with the recurrent news in the media stating that more and more companies are refusing the remote job model.

N. America, at this point, was not an exception, too. Compared with Europe, it had a five p.p. (percentage points) bigger remote job share at the end of 2020 – reaching an average of approximately 14.5%. However, other than that, the trend of the remote job curve in N.America and Europe kept moving in the same direction. In the second half of 2021, it started to climb, reaching remote job share peaks in September-October, and started to decrease steadily again right after.

While analyzing U.S. states separately, California, Texas, and Florida (the largest population states) took an average of 30% share of remote job posts in the U.S. from September 2020 – to March 2022.

The remote job share in California peaked twice in 2020 and 2022, and both times it decreased right after. Even though the percentage of remote jobs in Q1 of 2022 reached 13.5%, which is 1.6 p.p. higher than at the same time last year, the trend of remote job posting is slowly going down.

The same trend is noticed in Texas and Florida. The steady decrease of remote job share since the end of 2020 is followed by a 3-5 p.p. increase in August of 2021 and then again starting to decrease just a few months later.

California, Texas, and Florida not only are the largest states by population, but they are also some of the primary states for tech hubs. It is a widespread opinion that remote jobs are most common among tech companies, as the job specifics allow employees to change their work location easily. And if the early suggestions in the media that the COVID-19 pandemic might change the work market permanently seemed quite possible, the remote job posts’ data shows that it may not be the case.

*The research included data from all continents, however, the online job platform might have different market shares in different continents or/and countries.