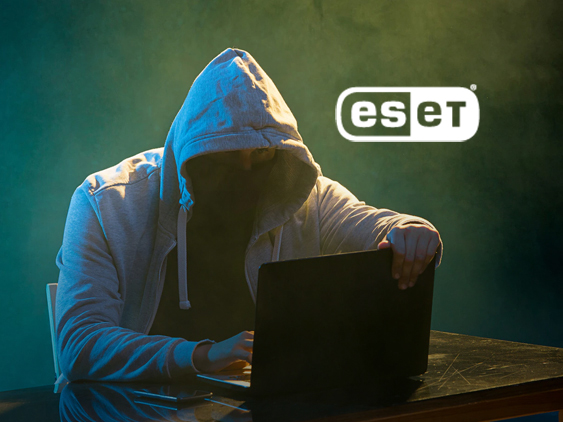 ESET, a global leader in digital security,announced the winners of the seventh annual ESET Women in Cybersecurity Scholarships. The scholarships are designed to increase diversity in the cybersecurity workforce, which has been struggling to fill jobs as global cyber threats continue to increase. The three $5,000 scholarships (totaling $15,000) were made available to women enrolled as graduate/undergraduate students studying digital security and cyber awareness within the field of STEM (science, technology, engineering and mathematics).The ESET Women in Cybersecurity Scholarships winners for this year are:

Tiffany Dinh of Huntsville, Ala. A computer engineering major at the University of Alabama in Huntsville (UAH) and a first-generation Vietnamese American, Dinh became hooked on computers when she took a programming class in high school. Since then, she has earned a variety of awards and honors in the field, including the Generation Google Scholar, SANS CyberFastTrack Institute Scholar and (ISC2) Women in Cybersecurity Scholar. Currently, she works at the UAH Center for Cybersecurity Research and Education (CCRE) during the academic year, gaining experience in cryptology. She is also a member of the Society of Women Engineers, Women in Cybersecurity and Tau Beta Pi, and serves as a volunteer for CyberPatriot and the Girl Scouts.”As technology becomes more embedded into society, cybersecurity is emerging as an essential field of work and research,” said Dinh. “Without it, the infrastructure behind the world’s technologies would be vulnerable to attack. I want to work in cybersecurity so that I can defend this country and give back to America what she’s given me and my family. The ESET Women in Cybersecurity Scholarship is a direct investment into these future pursuits. Any income I have is being funneled into my education. With this scholarship, I will not have to take out loans or find additional employment. I can focus on my aspirations in cybersecurity.”

Arisa Chue of Alexandria, Va. Chue, who is majoring in computer science at Stanford University in Palo Alto, Ca., became interested in natural language processing (NLP) – which connects humans, machines, and languages through computational methods – after she learned American Sign Language (ASL) in high school. She first stepped into the world of NLP as a Machine Learning research intern at George Mason University, where she created an ASL recognition device with graduate student mentors. She has been a student at Google’s Computer Science Summer Institute and participated in the Jane Street Women in STEM Education program. She is also a member of the Stanford Society of Women Engineers and was the president of her high school’s Women Interested in Science and Engineering club.”My interests lie in using machine learning to better detect cybersecurity attacks. Instead of detecting intrusion after it has happened, or at the point of intrusion, I hope to improve computer intelligence so that we can one day predict risky behaviors before the attack even takes place,” said Chue. “I am thrilled and honored to be a recipient of ESET’s Women in Cybersecurity Scholarship, which will help me get closer to meeting these goals.”

Gwendolyn Vongkasemsiri of Nashville, Tenn. Vongkasemsiri starts her freshman year at Dakota State University in Madison, S.D., in the fall of 2022. Her interest in technology started with a Khan Academy computer programming course, which led to forming and leading the largest and longest-running team of computer programmers ever created on Khan Academy, and a position on the Khan Academy Computer Programming Challenge Council. She fell  “hopelessly in love” with cybersecurity when she entered the JROTC/CAP CyberStart competition and took second place. Vongkasemsiri also competed in the US Cyber Open and scored so high that she was invited to the US Cyber Combine as a trainee, where she was awarded the Combine Rising Star Award. She is also a competitive volleyball player and a Civil Air Patrol Cadet.”Only two short years have passed since I first discovered cybersecurity and it became my passion,” said Vongkasemsiri. “Interacting with successful female cybersecurity professionals played a role in inspiring and motivating me to succeed in my dreams. I want to give back in a similar way to young women behind me, who need nothing but an introduction and an opportunity to kindle the fire and talents already within them for future success in the cyber realm. ESET’s Women in Cybersecurity Scholarship will help me achieve my goal of being a manifest force for good in the world of cybersecurity and its role in securing our nation for future generations.”ESET has long championed increasing diversity in the workplace and in cybersecurity through the Women in Cybersecurity Scholarship and mentorships geared to boosting female representation in the technology sector. ESET also supports a number of philanthropic organizations including Girls Inc., Promises2Kids, Feeding San Diego, #LatinaGeeks, WITI (Women in Technology International) and WiCys (Women in Cybersecurity).”ESET is passionate about empowering women and encouraging diversity at every level. It is a core aspect of everything we do,” said Celeste Blodgett, vice president of human resources, ESET. “Filling the cybersecurity jobs gap – which becomes more urgent as attacks become more sophisticated – requires bringing more people from diverse backgrounds into the fold. ESET is pleased to be able to help do this through our Women in Cybersecurity Scholarships, which empowers women to build on their tech and cyber skills and become excellent leaders who will keep us all safe and secure online.”