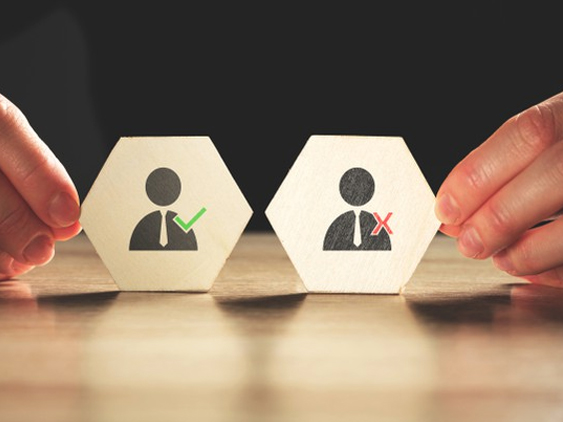 Large majorities of American voters support reforms that would limit or remove barriers to economic opportunities, housing, and voting for people with criminal records, according to a new survey released by the Program for Public Consultation (PPC) at the University of Maryland.

A representative sample of 2,487 American voters were given a detailed presentation of numerous proposed Congressional reforms that would restrict employers, licensing boards and public housing authorities from disqualifying people based on their criminal records. All of the proposed reforms received support from large bipartisan majorities.  A proposal for automatically restoring the right to vote for people who have served a felony sentence also received majority support, though Republicans were divided.

Additionally, bipartisan majorities favored both making it easier for those who were arrested but never convicted to have their record sealed, as well as automatically sealing records for people with non-violent drug offenses after a short period of time.

The proposals were drawn from several prominent pieces of criminal justice reform legislation in Congress – the Next Step Act, the Fair Chance at Housing Act, the Democracy Restoration Act, and the For the People Act.

In the innovative survey, respondents were given relevant background information for each proposal. They then evaluated a series of strongly stated arguments for and against each proposal before making their final recommendation. The briefing material and arguments were reviewed by experts representing the range of opinions on the issue to assure that the briefings were accurate and balanced and that the arguments were the strongest ones being made.

Around one in three adults in the United States currently have a criminal record, many for being arrested but never charged, or charged but never convicted, and many for minor and non-violent offenses. The federal and most state governments have laws that allow or even require employers and licensing boards to disqualify people from jobs, licenses, or other opportunities based on such criminal records.

Respondents favored four proposals from the Next Step Act that would prohibit employers and licensing boards from rejecting an applicant or firing an employee solely because they had been:

A common objection to these proposals by employers is that if they knowingly hire a job applicant with a criminal record, they can be held liable in the event the employee commits a crime while on the job. A large bipartisan majority of respondents (78%) favored a proposal that would provide employers immunity from such liability, including three quarters of Republicans and 82% of Democrats.

A large bipartisan majority (79%) also favored a proposal from the Fair Chance at Housing Act, which would prohibit public housing authorities from rejecting applicants or evicting tenants because they had been arrested but never convicted, or convicted of a minor non-violent crime. In the event that a person had been convicted of a felony, they still could not immediately disqualify them, but would instead have to convene a review board consisting of tenants and housing authorities to determine if they pose a risk to the safety of other tenants. This proposal had support from seven in ten Republicans as well as nearly nine in ten Democrats (88%).

In most states, people convicted of a felony lose their right to vote while in prison, but only in some states do they regain that right once they finish their sentence. Currently around six million such people have not regained their right to vote. A large majority of nearly seven in ten (69%) favored a proposal, from the Democracy Restoration Act and the For the People Act, that would automatically reinstate the right to vote in federal elections for people convicted of felonies who have completed their prison sentence. Eighty seven percent of Democrats were in favor, as were two thirds of independents. Republicans were divided, with 48% in favor and 51% opposed. However, a majority of 55% found it at least “tolerable”.

Large bipartisan majorities favored two proposals, from the Next Step Act, related to sealing criminal records. Seventy seven percent favored allowing anyone who has been arrested but never convicted to have such information sealed from the public, for a minor cost (Republicans 70%, Democrats 85%). Three in four favored automatically sealing the record of a non-violent drug offense, five years after the offender has completed their sentence (Republicans 68%, Democrats 84%).  Sealed records give people with such criminal records the right to not disclose that information to potential employers or landlords.

Yellow.ai’s New Executive Hires and Offices Add to US Expansion Push as Demand for CX…