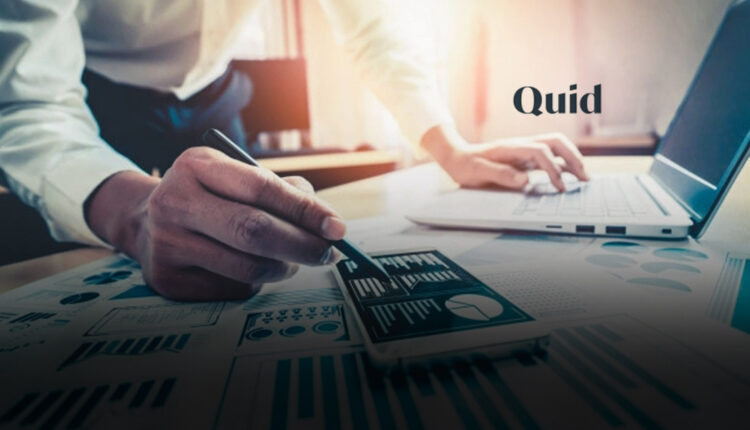 Quid Capital Group (“Quid”) announced it has raised $320M in a second fund to offer liquidity benefits to shareholders at high-growth private technology companies. Quid partners directly with businesses and shareholders to provide streamlined access to personal capital, using only the shareholder’s equity as collateral. Quid’s second fund is backed by Oaktree Capital Management (“Oaktree”), Davidson Kempner Capital Management LP (“Davidson Kempner”), and a leading Northeast based Ivy League endowment, as well as a strategic group of investors which include board members at leading late-stage technology companies.

Quid launched its first fund at the end of 2017 as a pioneer among a growing sector of non-recourse loan products, which has since deployed more than $100 million in loans to shareholders at 24 high-growth companies, including Unity, Palantir, Uber, and Lyft. In addition to providing capital directly to shareholders, Quid will now focus on tailored company-wide programs.

“Quid’s goal is to identify a select group of high-growth, late-stage companies and provide their shareholders with the most efficient liquidity possible. The Quid solution seeks to optimize tax, option exercise, and liquidity planning for our customers. We have seen regular, programmatic, shareholder liquidity become a retention requirement for any top of the line late-stage company,” said Josh Berman, CEO of Quid.

Historically, shareholders’ liquidity options have included secondary market sales, which often create sub-optimal tax consequences, result in broker fees and violate company transfer restrictions. Shareholders who sell also exit their positions and eliminate the potential for upside appreciation. Quid seeks to solve this by providing the capital, liquidity education, and product offering to companies so that their finance, legal, and HR teams can focus on running the business day to day as they approach a liquidity event. Additionally – the Quid solution does not impact a company’s balance sheet or cap table.

“The Quid team has done an incredible job of solving the illiquidity issues of late-stage private tech markets. We could not be more excited about the growth, proliferation, and adoption of the Quid liquidity solution. Quid has worked with founders, executives, and operators at some of the most successful companies in the world, solidifying themselves as a preeminent, blue-chip provider of liquidity/option exercise to any late-stage private technology company or shareholder. We look forward to partnering with them on future funds starting with Quid 2,” said Brian Laibow, Co-Head of North America & Managing Director of Opportunities Funds at Oaktree.