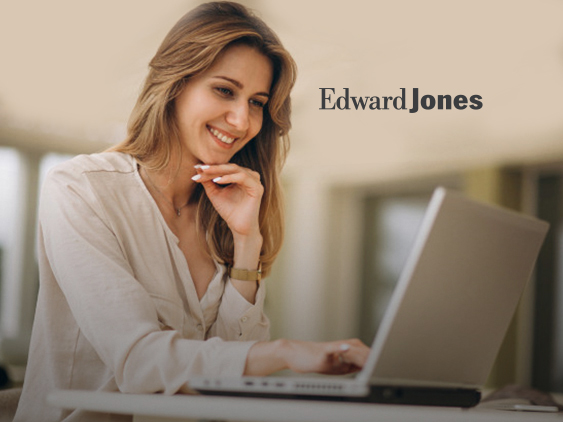 Edward Jones’ and Age Wave’s latest representative study of more than 11,000 North American adults, “Longevity and the New Journey of Retirement,” examines the changing definition of retirement, the patterns of people’s experience in retirement and the keys to thriving along the way. Despite Americans’ worries about health care and long-term care costs in retirement, they still desire to live longer, and nearly seven in 10 Americans (69%) want to live to age 100.

Americans who want to live to 100 indicated that they hope to live longer because they want to spend more years with family and friends (35%), they are enjoying life and want to continue doing so (23%), they are curious about the future (19%) and there is so much more they want to do (18%). Only 6% said they wanted to live longer because they are afraid of dying. Additionally, retirees now say the ideal length of retirement is 29 years.

On the contrary, some Americans indicated that they would not want the extra longevity if they were suffering with terrible health (32%), if they became a burden on their families (29%), if they had serious cognitive loss like that of Alzheimer’s disease (20%), or if they no longer had purpose in life (14%).

Not Your Parents’ Retirement: A Whole New Chapter in Life

“Today’s retirees enjoy a growing array of opportunities to stay engaged, possibly reinvent themselves and enjoy the freedoms of this stage of life. This is definitely not their parents’ or grandparents’ retirement,” said Ken Cella, Principal, Branch Development at Edward Jones. “At the same time, they face new challenges, especially around their health, their finances and finding a new definition of purpose.”

Edward Jones and Age Wave also found blurred lines around what people think marks the beginning of retirement. The top milestones that pre-retirees and retirees view as the “start” of this chapter include stopping full-time work (34%), receiving Social Security and/or a pension (22%), leaving one’s job/career (17%) and achieving financial independence (17%). Only 10% said the start of retirement meant reaching a certain age.

This changing definition is reflected in pre-retirees’ and retirees’ retirement plans, as a majority (59%) want to work in some way during their retirement, with 22% looking to work part time, 19% hoping to cycle between work and leisure and 18% wishing to work full time.

In the heart of retirement (Reinvention), the study further identified four distinct journey paths characterized by people’s attitudes and ambitions, retirement preparations and their level of enjoyment of life in retirement. By examining the trajectory of these paths, the researchers also uncovered how decisions and strategies for living throughout the early and middle years of life can impact the retirement years – both negatively and positively.

The four paths identified in the research include:

“We are witnessing the birth of a new retirement with unique stages and journey paths for everyone,” said Ken Dychtwald, Ph.D., psychologist/gerontologist and founder and CEO of Age Wave. “Successful retirees have enjoyed a mostly positive, satisfying life and are looking forward to the years ahead. Their emotional intelligence and hard-earned resilience can provide invaluable guidance as tomorrow’s retirees contemplate how to best plan to fulfill their hopes and dreams for retirement.”

Early Action Is Key to Successfully Navigating the Retirement Journey

While everyone’s experience of retirement is different, one thing is clear from the research: Retirees who report better quality of life took more steps decades in advance to prepare and plan across all the four pillars of Finances, Purpose, Family, and Health. From saving early and consistently and developing healthy habits to communicating with close family and discovering passions and interests, there are several steps pre-retirees and those early in retirement can take to make the most of their retirement.

The value of financial foresight cannot be underestimated, as the traditional “three-legged stool” for funding retirement – pensions, Social Security and personal savings – has become even more wobbly, and unexpected expenses can arise in retirement. Working Americans must double down on the third leg of the stool: saving. According to the study, retirees say they started saving for retirement at age 38 on average, but in retrospect, they should have started saving nearly a decade earlier, at age 29. In addition to saving, other key pre-retirement actions to take include tending to ongoing health and preventive care, discussing retirement plans and goals with family and friends, beginning or expanding volunteering activity and working with a financial advisor, who can be instrumental in interpreting current market conditions and developing a holistic financial plan to better financially prepare for a 100-year lifespan, as well as the expenses that come with it.

“Edward Jones’ century of experience guiding clients through periods of immense volatility and waves of economic and societal change give us the benefit of hindsight to help current and future clients,” added Cella. “Understanding the way people today view retirement, and what changes retirees wish they could have made, improves our ability to serve them in a human-centered way and help them each achieve what’s most important to them and their families.”