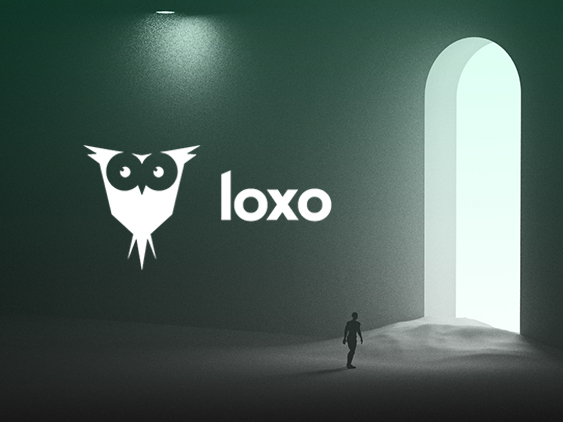 The state-of-the-art Talent Intelligence Platform, which was designed to replace the ATS and Recruiting CRM, already uses a combination of machine learning, Natural Language Processing and Deep Learning heavily across their product suite. While their existing approaches have addressed critical objectives for Loxo across each layer of the artificial intelligence system, they are bottom-up machine learning and lack knowledge representation.

Artificial intelligence is not possible without knowledge representation. In the recruiting industry, this means if a machine is not able to read, interpret, or make sense of data, there is no possible way a machine is ever going to be able to source, analyze, compare and recommend a shortlist of the best possible match candidates with more accuracy than an elite level human recruiting professional.

In order for machine intelligence to make sense of data, the data itself needs to be structured and then organized in a way that allows the machine to “learn” to see similarities and patterns in the data and the relationships between these various entities such as people, jobs, skills, locations, organizations, as well as all their relationships.

“Making the decision to build a knowledge graph from scratch was a very big bet. This entire process was extremely labor intensive and painfully slow. We often questioned whether creating the Loxo Knowledge Graph was too ambitious, which often resulted in debate about redirecting those resources towards other core initiatives. Despite the long bumpy road, we persevered and could not be more ecstatic with what this achievement means for our customers, the future of this industry, and our vision.”

In the beginning stages, Loxo’s AI team discovered some government, open source and private sector taxonomies. There are a lot of taxonomies and ontologies available which have been created for specific industry niches, however no single resource or combination of resources available were anywhere near comprehensive or tailored to their use cases, so they were forced to build this entire system from scratch. Their team acquired and combined unique datasets, broke the elements down to the smallest subatomic level possible, and then hand constructed the building blocks such as industry classification systems, career stages, career pathing, skills, competencies, qualifications, job titles, and hundreds of other proprietary inputs. Their AI team organized all the elements into a hierarchical structure, and generated occupation and industry specific ontologies.

In addition, Loxo had a big breakthrough when they were able to combine tens of millions of structured customer-driven data labels that have been collected by Loxo AI since the first version was launched in 2015 ( at the time it was called Loxo IQ in 2015), which provided richer and contextually relevant industry-by-industry domain expertise knowledge. Given all the unique background processes it would be impossible to replicate what the Loxo Knowledge Graph achieves and how the team made the entire system work.

Despite the colossal nature of this effort, creating the knowledge graph itself wasn’t the only technical challenge. In fact, far from it. In addition, Loxo needed an easier way to integrate new data sets and manage their diverse schemas, while at the same time ensuring the graph evolved over time to reflect changes. It needed the ability to update by itself and continuously build upon the previous learnings as new data is added and becomes available.

As if that wasn’t enough, Loxo also needed to operate all of these complex systems at web scale so the Talent Intelligence Platform would be capable of processing billions of computations and hundreds of thousands of simultaneous customer AI job requests without falling down or crashing performance. The graph alone is of unprecedented scale with over a billion entities. It is so large it required Loxo to build a custom data center from the ground up to support it, which another team at Loxo led by Loxo’s CTO, spent the majority of 2021 building out. Building a commercially viable knowledge graph at this scale has previously only ever been done by the trillion dollar valuation enterprise software titans. This is why this is such an exciting and revolutionary milestone for a software company that is specifically focused on helping recruiting professionals be better at their job and opening up career opportunities to help as many people as possible have a brighter future.

Loxo’s Talent Intelligence Platform leapfrogs the most advanced second generation AI systems that are available in the market . Many enterprise HR software cloud companies and all the big players in this space have developed or are in the process of developing “skills clouds” including Workday (Workday acquired Identified) which many thought leaders within the industry including Josh Bersin, argue those are “first generation” systems that have gained competencies in inferring skills. However, even the more advanced “second generation” systems Josh mentioned which go much further, have limitations to what their artificial intelligence is able to achieve.

Many of the second generation systems in the emerging Talent Intelligence ecosystem are able to provide “fit scores” based on inferencing skills, or identifying employees or job applicants based on the skills match on a resume. That’s helpful to filter out and avoid really bad matches, but it’s not improving recruiter performance or quality-of-hire by finding and recommending candidates that can’t easily be seen or discovered. In other words, they filter the applicants or employees who have the most skills or keywords listed on their resume show up first, that is why the most desperate people in the job market keep showing up in applications and on job boards, but those individuals usually aren’t qualified enough to be hired for the open positions which is why these solutions are falling short of expectations by hiring managers.

What this means is that none of these systems are able to truthfully learn and understand context through representation over time. The results don’t improve on their own — there is no self learning; consequently their artificial intelligence can’t rapidly improve anywhere near the rate that Loxo’s system now can.

The first and second generation AI recruiting software tools are not anywhere near capable of surpassing elite human level recruiter performance in sourcing passive talent. Loxo is the only platform in the market that has a commercially available product called Loxo AI™ which can deliver human level name generation / talent identification and shortlist ranking for a given organization and culture.

For Loxo’s customers it helps reduce the amount of time and cost required to recruit for each job by over 500%. Loxo AI automatically generates a candidate shortlist, the algorithms rank the order of the best possible candidates for any given job, at any organization, in any industry, out of a proprietary database of over 750 million people in less than 30 seconds while eliminating potential for bias. The impact on recruiting team productivity, quality-of-hire, cost-per-hire, and time-to-hire is a step change. Many who have already experienced the results for themselves believe that this is a pivotal milestone for not just the professional recruitment industry, but for advancing the state-of-the-art in artificial intelligence in enterprise business-to-business software.

Low-Wage Workers Appear to be Leaving Workforce, According to Ludwig Institute