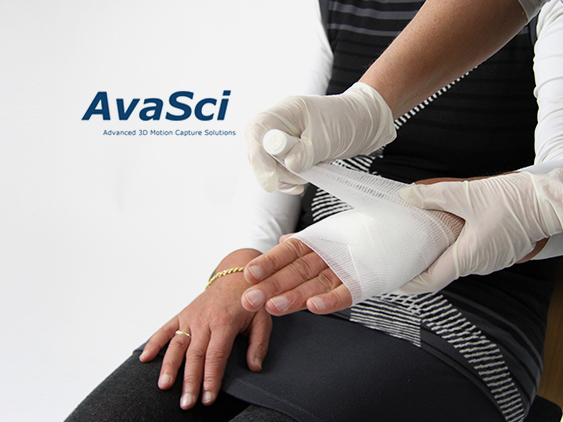 A patent has been issued for a first-of-its-kind data analytics technology to detect falsified or exaggerated injury and workers’ compensation claims.

“This patent marks potentially a new era for the massive waste and fraud that has beset injury claims for years,” says Joe Luciano, founder and CEO of AvaSci, the company responsible for the patented new technology. “Prior to the AvaSci patent, there was no simple court accepted test for false or exaggerated claims.”

Over $200 billion in disability, workers’ compensation and personal injury payments is distributed each year in the United States. Workers’ comp spending has risen 23% over the last decade. Yet research shows 54.3 percent of claims are either feigned or exaggerated1.

While the effectiveness of America’s Workers’ Compensation program and the validity of injury claims is a longstanding issue, challenges remain in addressing this critical and costly problem.

AvaSci, a provider of artificial intelligence solutions for healthcare and sports applications, implemented their technology in Monmouth County, New Jersey. AvaSci’s technology helped the County greatly decrease the volume of claims filed as well as losses, and now has its sights on doing the same for counties and large enterprises across the country.

“The court system currently has no tool to help determine whether a claimant is truly injured. Normally both sides present a doctor who claims the subject is or isn’t injured. It’s hardly ever black and white,” said Michael Fitzgerald, Monmouth County Counsel. “This tool will not only bend the curve to a more equitable solution, but will also allow us to uphold justice within our courts. And knowing that this technology exists, I believe, has already served as a deterrent to those considering falsifying a claim.”

The AvaSci Injury Evaluation (AIE) tool combines biomechanical data from motion capture technology with a movement algorithm aiming to make injury detection a data-driven decision versus a subjective judgment. Utilizing the same technology used in films and video games to produce digital models and characters, the AIE captures 100 frames per second. The points of inflection are measured and inputted into a computer application, which then conducts a statistical analysis at the sub-millimeter level to detect whether a person’s movement is a genuine injury versus a feigning one.

The benefits of the tool are many:

“AvaSci’s ability to combine motion capture technology with data analytics capabilities allow us, for the first time, to level the playing field with injury claims,” said William McGuane, Monmouth County Benefits Coordinator. “This is unlike any other technology out there and has the potential to completely change Workers’ Compensation. Monmouth County can undoubtedly attribute drastic cost savings to AvaSci and its Injury Evaluation technology.”

Starting with a contract by a major golf equipment company to study how training could avoid golf injuries, Luciano’s initial implementation of AvaSci’s technology was geared toward fitness and golf professionals, and was deployed within medical and sports facilities worldwide. The AvaSci Injury Test later shifted toward a different challenge when Luciano saw the potential to use the technology to bring hard data and truth to workers’ compensation claims.

Luciano has worked on motion capture and its analytical applications for over 15 years. Before founding AvaSci, Luciano held various project management and IT positions for companies that include Mars Inc. and Novartis. Luciano has extensive experience in R&D within the healthcare industry and served as the Head of Research Technology and Corporate Systems while at Novartis.

Dec 6, 2021
Prev Next 1 of 778
Follow Us
We store cookies on your computer to improve your experience and provide more personalized services, both on this website and on other sites. For more information about the cookies we use, see our Privacy Policy. We won't track your information when you visit our site. We will have to use at least one cookie to ensure that you won't have to make this choice again.AcceptDeclinePrivacy policy