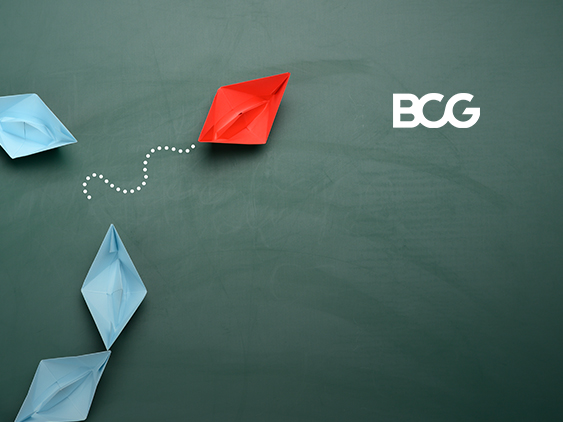 Matthias will lead more than 10,000 employees across nearly 50 offices within the region, which represents around 40% of BCG’s global business. It has seen strong growth over the past years, driven especially by an expansion of the firm’s digital transformation, AI, and climate services. Matthias, 42, who was raised in Italy and educated in Austria and France, joined BCG in 2003 and was appointed Managing Director and Partner in 2012. For the past three years, he has been responsible for BCG’s business unit Germany & Austria (G&A) and Central & Eastern Europe (CEE).

“I’ve been fortunate to work with Matthias over almost two decades and had the opportunity to see his dedication and inspiration making a difference for our clients and our teams. He has led the business in G&A and CEE to new levels of innovation, growth, and market share,” said Christoph Schweizer, who will become BCG CEO effective October 1, 2021. “Thanks to Matthias’ initiatives, the connectivity between markets like Germany, France, the United Kingdom, or South Africa has strengthened, and we see an incredible amount of collaboration in the region. I’m very much looking forward to working with Matthias in his new role.” Matthias will join Sharon Marcil and Neeraj Aggarwal, who respectively chair Boston Consulting Group in North America and Asia Pacific, as BCG regional leaders.

Matthias’ appointment builds on the three successful years as head of BCG for G&A and CEE where he grew the firm’s digital business to 40% of revenue and expanded new business areas, including Climate and Risk & Compliance in the region. Under Matthias’ leadership, Boston Consulting Group launched the “Climate Conference” in Berlin with one of Germany’s leading news magazines, bringing together European business leaders to discuss their role in combatting climate change. He also drove BCG’s diversity efforts and increased the diversity of the firm’s leadership, with more than 30% of management roles in his area now held by women. He initiated the “BCG Diversity Council” for G&A and is co-head of the jury for “Germany’s Most Influential Women in Business.”

From 2013 to 2019, Matthias was part of the firm’s Industrial Goods Global Leadership team. He holds a degree in civil engineering from the Vienna University of Technology and a Master of Business Administration from INSEAD University in Fontainebleau and Singapore.

“Every CEO I talk with has an overflowing inbox of strategic opportunities and challenges, from the need to work on their climate agendas, to digitally transforming their businesses, to dealing with supply-chain challenges, and to safely bringing workers back to offices and production facilities,” said Matthias. “Our role as a strategic consulting partner to our clients has never been more critical to their future prospects, and I’m excited to lead that response across this region.”

In his new role Matthias will succeed Christoph Schweizer, who previously led the CEMA (Central Europe, Middle East, and Affiliates) region and has been elected as Boston Consulting Group’s new Global CEO (effective October 1, 2021), and Hubi Meinecke, who previously led BCG’s WESA (Western Europe, South America, and Africa) region. Over the coming weeks, Christoph and Matthias will work together with the group of Managing Directors and Partners in G&A and CEE to select and appoint a new head for this business unit.

HR Technology News: Brixey & Meyer Recognized as One of The Best Firms in the US and Canada