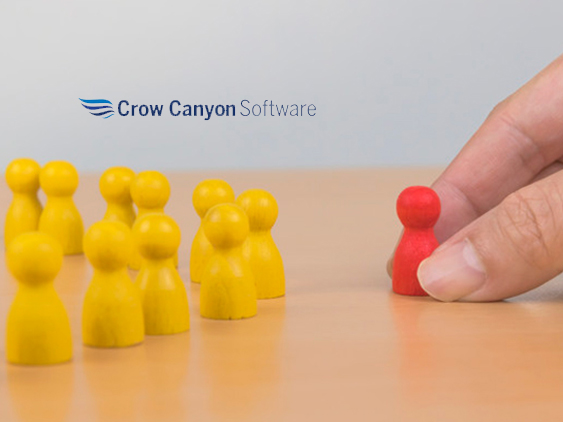 Crow Canyon Software announces the release of its Visual Workflow Designer, a “drag-and-drop” interface that makes it easy to design and build workflows that automate business processes. The release is included in its NITRO Studio forms & workflow platform for Microsoft 365, Teams, and SharePoint.

The Visual Workflow Designer allows NITRO Studio users to piece together actions and decision points on a simple canvas where workflows and interactions are easily viewed and re-arranged as needed. The flow is clearly defined, with a Start marker, followed by lines that link to specific “Actions” or “Gateways”, with any number of subsequent links and branches. The workflow creator can see at a glance how the various elements of the process are interacting.

In addition, the new Workflow Designer includes a Debug tool that allows the workflow to be run in a test mode that will detect, and provide a log of, any errors or misconfigurations. This helps the designer to create foolproof workflows before releasing them into production.

The list of actions that can be initiated with the Visual Workflow Designer are numerous:

Crow Canyon’s new Visual Workflow Designer gives organizations that power they need to automate and streamline business processes with ease. Being part of NITRO Studio, it runs on Microsoft Office 365 (including the GCC and GCC High) as well as SharePoint 2013, 2016, and 2019.

Gartner Names Plaetos Group as Vendor in Voice of the Employee Market Guide, 2021

As Cyber Events Plague US Execs, Some Still Have No Cyber Plan