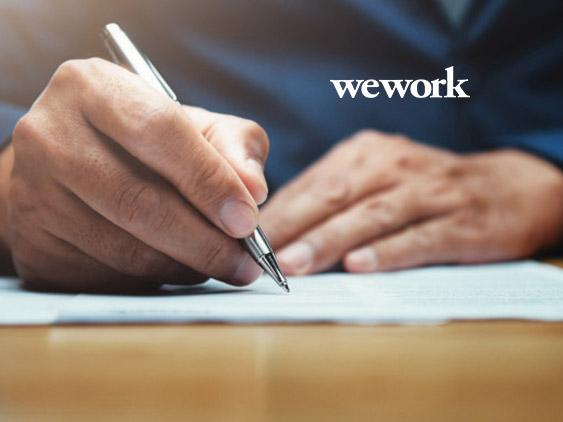 Valued at $47 Billion, the We Company May Finally Get Listed on NYSE This September.

The We Company, the owner of WeWork, a provider of shared office spaces, has filed for an initial public offering (IPO) with U.S. regulators recently. The company joins the club of US start-ups planning a stock market debut this year. The company has sped up its plans to go public and is expected to unveil S-1 filing next month ahead of a September IPO. The timing is way earlier than what most of the investors had expected.

The NY-based company was valued at $47 billion earlier in 2019 and has been in the plans to go public for quite some time now. It had filed its IPO paperwork confidentially in 2018 and is likely to disclose it publicly in August 2019, setting up the company for a stock-market debut the next month.

WeWork will be meeting with some Wall Street banks this week in an attempt to seal a new financing package to the tune of $6 billion or upwards before its much-awaited IPO listing. It would also be hosting an analyst day for them on 31st July as part of the preparations.

“After a lot of thought, last week we decided to file the first amendment to our submission, which is a step towards allowing us to decide to become a public company. I do not have an exact date or timeline to share with you, but I wanted you to know first that this process has started,” Chief Executive Officer Adam Neumann wrote to staff in a memo seen by Reuters.

The provider of fully custom spaces, flexible private offices, and on-demand workplaces, WeWork has a massive challenge at hand before it can get its IPO listed. It disclosed a massive net loss of $1.9 billion in March 2019 on revenue of $1.8 billion which doesn’t come out as a positive for the Wall Street investors. Convincing them to invest in such a business will be quite a task. Nevertheless, WeWork is growing fast despite the losses as it established an occupancy rate of 90% in 2018. Ever since its inception in 2011, it has raised a total of $8.4 billion in a combination of equity and debt. Its IPO is poised to be the second major offering of the year on the New York Stock Exchange, behind Uber that got listed in May with a valuation of $82.4 billion.

Even though WeWork is backed by giants such as SoftBank, Goldman Sachs, T. Rowe Price, Benchmark, and Fidelity, it’s only a matter of time we get to know if the company would be able to match its $47 billion valuations or not. With the recent reports of Neumann cashing out of more than $700 million from the company ahead of the IPO, investors might not be getting positive signals.

The Costs of Career Transition: Employees’ Struggle to Learn New Habits Is Eating at Your Bottom Line