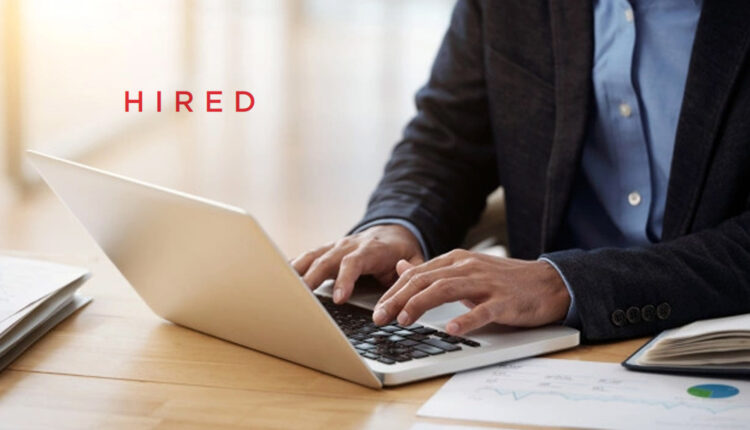 The tech industry proved to be highly resilient in 2020, in spite of challenges faced by the COVID-19 pandemic, according to the latest report from Hired and Vettery, the leading AI-driven hiring marketplaces for matching highly-qualified and individually-vetted talent with top companies. Average salaries for top software engineering roles increased in all major tech hubs last year – by 5% in the San Francisco Bay Area, 3% in New York, 7% in Toronto, and 6% in London respectively.

The annual State of Software Engineers Report includes data from Hired’s and Vettery’s combined marketplaces of more than 10,000 participating companies and 245,000 job seekers. The report found that backend, full stack, and frontend engineers saw the highest demand, while skills such as Google’s Go, Redux.js, Google Cloud, and AWS have landed engineers the most interview requests from employers.

Additionally, the prevalence of remote work saw spikes in job offers in markets outside of the traditional tech hubs, with Denver offering 34% remote roles, while London and Toronto had 6% and 9% remote roles respectively out of all positions offered.

“Demand for software engineers and their skill set continued to grow despite the massive economic downturn amid the pandemic and one of the most difficult job markets in US history. As many companies will pick up their hiring efforts again this year, they will have to compete even more for top engineering talent,” said Josh Brenner, CEO of Vettery. “That’s why it will be crucial for companies to leverage AI and real-time data to hire and scale more efficiently and identify the best talent based on skill – not pedigree – and across various locations and backgrounds. With 83% of software engineers saying they seek “new challenges and continuous learning”, companies will also need to offer things like remote work flexibility and professional development opportunities to attract and retain top talent.”

Additional key findings from the report include: