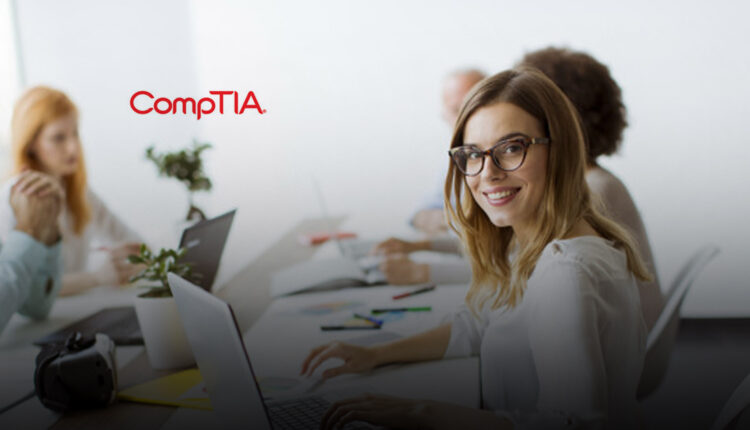 Hiring in the U.S. technology sector continued on an upward trajectory in January, with employers adding 19,500 jobs, an analysis by CompTIA, the nonprofit association for the information technology (IT) and workforce, reveals.

Four of the five tech sector employment categories recorded job gains, according to the “Employment Situation” report released today by the U.S. Department of Labor’s Bureau of Labor Statistics. (#JobsReport). It marks the sector’s best January hiring month since 2017.

IT occupations in all sectors of the economy grew by more than 78,000 positions.

“The latest tech job figures signal a continuation of hiring momentum with contributions in both expected and unexpected employment categories,” said Tim Herbert, executive vice president for research and market intelligence at CompTIA. “On the occupation side, the data confirms the multi-faceted nature of employer tech talent needs with demand spanning software, artificial intelligence, infrastructure, IT support, security and more.”

January’s tech sector employment gains were led by the addition of 11,300 positions in IT services and custom software development, an important indicator of small and medium-size business activity.

Also in positive territory were other information services, including search engines, up 2,500 positions, and computer and electronic products manufacturing, which added 1,300 workers. Employment in data processing, hosting and related services slipped by 1,600 jobs.

The national unemployment rate for IT occupations was 2.4% in January, down from 3% in December 2020.

Employer job postings for core IT positions exceeded 232,000 nationwide in January, an increase of about 26,000 over the previous month.

Positions for software and application developers accounted for the largest share of the job openings (67,200). Employers also advertised opening for IT support specialists (21,000), systems engineers and architects (18,200), IT project managers (16,000) and systems analysts (15,200).

Job postings for positions in emerging technologies or those requiring emerging tech skills also saw a jump – from 57,500 in December to nearly 65,900 in January. Positions in artificial intelligence (9,715) accounted for nearly 15% of the total.

Among metropolitan areas across the country, Los Angeles, San Francisco, Washington, D.C., Atlanta and San Jose recorded the highest month-over-month gains in IT job postings. California, Florida, Ohio, Georgia and New York had the strongest performance among the states.

HR Technology News: What To Keep In Mind When Selecting A Field Workforce Management Platform