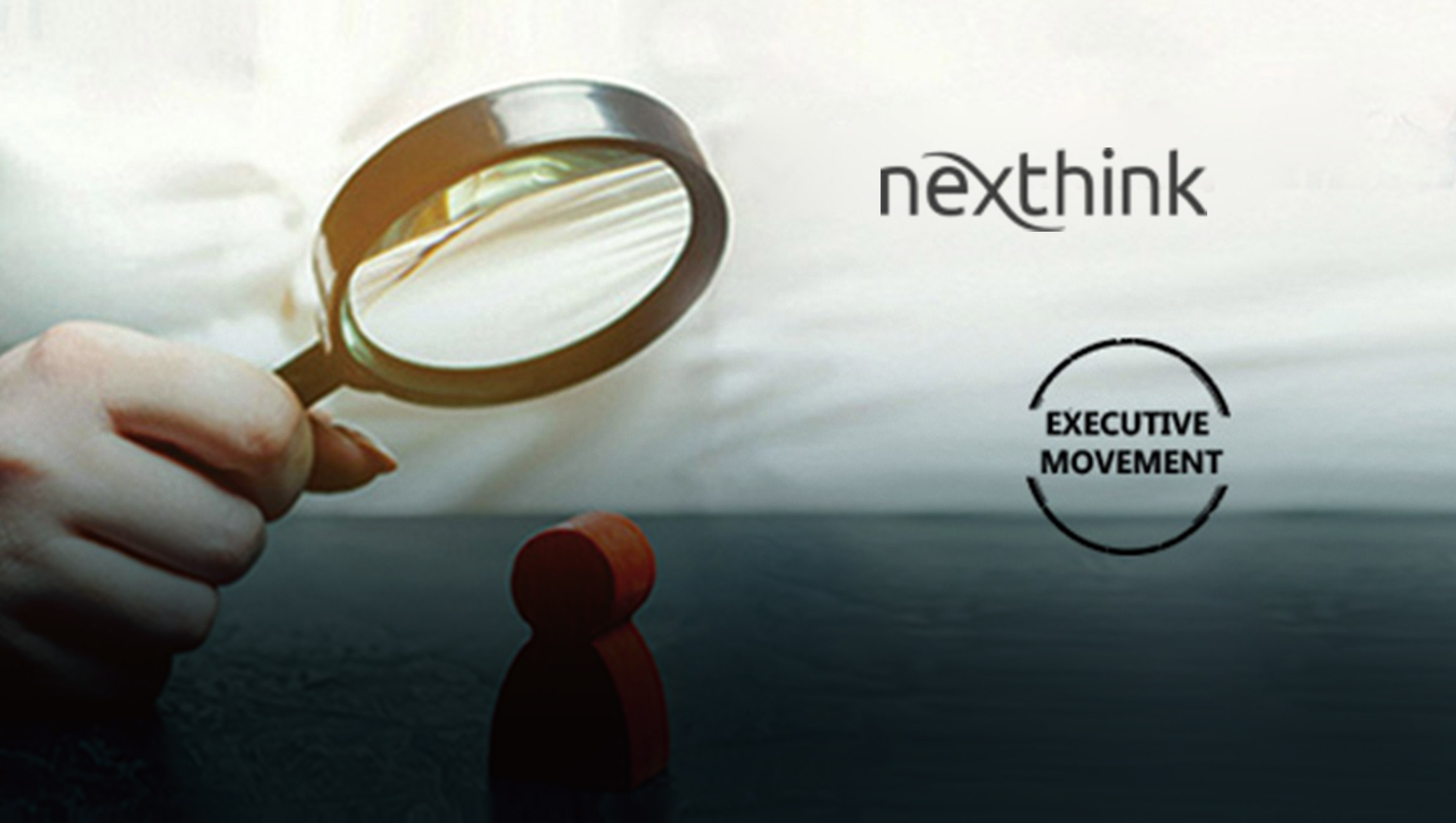 Nexthink, the leader in digital experience management software, announced the appointment of a new Chief Technology Officer, two additional board members and a new Chairman to help fuel the company’s next stage of growth and innovation.

Vedant Sampath has been appointed as Nexthink’s new CTO. He will lead the company’s world-class engineering team to deliver the most powerful end-user analytics and digital employee experience platform, and drive the company’s ongoing Cloud transformation. Vedant was most recently Chief Technology Officer at Mediaocean where he spent over seven years building one of the most powerful and mission critical AdTech platforms in the world, managing more than $140 Billion of advertising spend. Before Mediaocean, Vedant held Engineering and Product Management leadership positions at Operative, Oracle and Hyperium.

Two new members will join Nexthink’s Board of Directors alongside a new Chairman of the Board, bringing decades of combined experience across a variety of sectors and stages of growth to help propel Nexthink’s innovation and expansion plans.

Patrick Morley, SVP & General Manager for VMware Carbon Black, joins the Nexthink Board
Patrick Morley is senior vice president and general manager of VMware’s Security Business Unit and recognized as one of the industry’s most thoughtful and reputable leaders. Prior to his current role, Patrick led Carbon Black as CEO from niche start-up in 2007 into an endpoint security leader. As CEO, Patrick led Carbon Black through several major milestones including: a merger with Bit9, three acquisitions, a company transition to a SaaS model, a successful IPO on NASDAQ (in 2018) and, most recently, a sale to VMware for an enterprise value of $2.1 billion.

René Bonvanie, EVP of Strategic Accounts for Palo Alto Networks joins the Nexthink Board
René Bonvanie is EVP of Strategic Accounts for Palo Alto Networks and was previously the company’s Chief Marketing Officer for a decade. René joined Palo Alto Networks in 2009 and has seen the company grow to revenue of nearly $3 Billion and acquire approximately 67,000 end-customers in more than 150 countries. He has been active in the enterprise IT industry since the early 1980s in a variety of technical and business roles, and he currently serves on the boards of several high-tech companies, including Acronis, Armis, Collibra, and Guardsquare.

Jimmy Anidjar, becomes Chairman of the Board for Nexthink
Jimmy has been a long-time advisor for Nexthink executive team playing an important role in the growth of the company. He brings more than 30 years of experience in the IT sector and other industries, having held top executive positions at Oracle, SAP, ALTAVIA, Air France, Unisys and KPN, managing businesses from 25 to 13,000 employees and from $2 million to several billion in revenue.

“We have just super-charged our senior leadership team with the addition of these industry heavyweights adding large IPO experience and big success in the US market,” said Pedro Bados, CEO and Co-founder of Nexthink. “The combined experiences from Vedant, as our new CTO, Patrick and René joining our board, and Jimmy as our new Chairman, will help propel our next stage of growth. We are delighted to have them join our team and are tremendously excited to work with all of them as we enter our most ambitious year yet.”

New Study Finds That Earning Power Is Increasingly Tied to Education; The Data Is…

TimeForge Partners with Flyght to Save Business Operators…

Sendbird Debuts Group Calls for Voice and Video So That Any…

Utmost Raises $21 Million Series B to Accelerate Growth and…