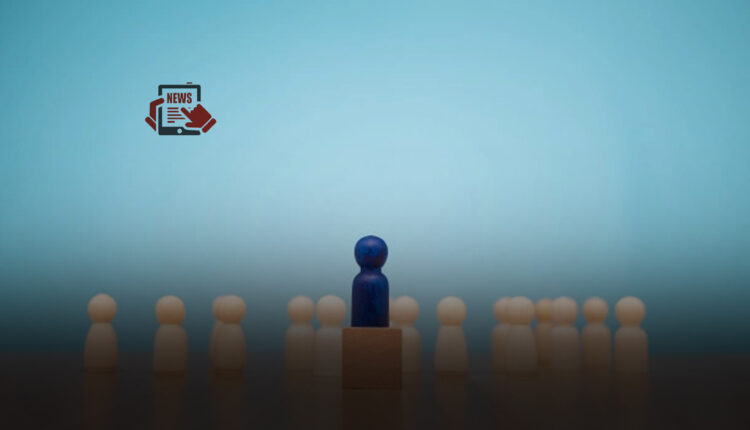 Announces Board Advisor Appointment of Tamika Curry Smith, President of The TCS Group, Formerly of Nike and Mercedes Benz USA

Talenya, the world’s most advanced, AI-powered talent sourcing and diversity solution – released the findings from a groundbreaking study entitled Exploring The Recruitment Pipeline Fallacy: Resume Skill Gaps Bury Underrepresented Minorities. Analyzing over 10 million candidate profiles, Talenya’s researchers found that minorities and women tend to share significantly less skills on their resumes when compared to their white and male counterparts. It is the first study of its kind to show that the so-called “diversity pipeline problem,” is a fallacy – in fact, there has never been a more talented, diverse population of recruitable talent when considering both race and gender. The problem is that the tools and search processes recruiters are using are based on an antiquated technology that is ill-equipped to find and surface these qualified, diverse candidates. To help fix this problem, today Talenya is launching its proprietary Diversity AI™ tool – built to empower recruiting teams to uncover and engage with significantly more qualified and diverse talent. Talenya levels the playing field for all talent, regardless of race, gender, gender identity, age or disability – allowing them to be visible in the pipeline.

“I got involved with Talenya because I see the potential for its technology to truly be a game changer. CEOs, senior leaders, hiring managers, and recruiters need to rethink the way they view talent and where they look for talent. Talent is equally distributed, but opportunity is not”

“All great talent deserves to shine. The groundbreaking Exploring The Recruitment Pipeline Fallacy survey shows we are at a place in our society where people – especially women and minorities – are missing life-changing opportunities simply because a keyword is missing from their profile,” said Gal Almog, Co-Founder and CEO of Talenya. “This skill discrepancy is not necessarily a fair representation of talent capabilities. Talenya revolutionizes the job search for both candidates and hiring managers by adding wisdom to the search. We’re putting the benefits of true AI in the hands of recruiters to give all talent the opportunity to be discovered based on merit, and empowering talent acquisition teams to uncover and engage with significantly more qualified and diverse talent compared to any other tool. Most importantly, we’re hoping to change the behavior and perceptions of both candidates and hiring managers long-term.”

Talenya instituted the study to figure out why current recruiting systems weren’t surfacing qualified, diverse candidates to the hundreds of thousands of recruiters who are actively searching for them. Talenya’s researchers scrubbed millions of public candidate profiles across LinkedIn, GitHub and other major professional networking platforms. Researchers found quantifiable skill deficits in public profiles of diverse talent vis a vis their white/male counterparts, specifically:

The findings were shown to be consistent across industries and job seniority – meaning the discrepancy is not necessarily a fair representation of talent capabilities, but instead a reflection of the way diverse talent describe themselves.

Bringing Underrepresented Talent to the Forefront of Job Searches

To help address the issues of underrepresentation, Talenya announced the launch of its proprietary Diversity AI product, which empowers talent acquisition teams with a robust way to uncover and engage with three times more qualified and diverse talent, as well as two times more female talent, compared to any other tool – ultimately reducing time and money spent filling open roles.

Talenya employs statistical models to integrate online sources and leverage more than 900 million profiles to determine skills that applicants actually have, versus what they say they have. The results are clear; female candidates realize a 10% increase in skills based on the derived skills added by Talenya, compared with the skills they say they have on their public profiles. Black/African American candidates experience a 17% increase, followed by Asian with 15% and Hispanic candidates, who see a 14% increase.

Talenya’s Diversity AI™ software interacts with recruiters to learn from their preferences, rather than relying on a one-sided search. The technology aims to remove friction from the hiring process by collecting fresh data from hundreds of sources to build rich, updated talent profiles. Organizations employing Diversity AI can also track improvements in workforce diversity through access to a real-time dashboard demonstrating the increase in the percentage of diverse talent across all jobs, recruiters and stages of the sourcing funnel.

“Part of our diversity, inclusion and belonging strategy focuses on having a diverse pipeline to ensure incoming talent better reflects the markets and communities we serve. To accelerate our progress, we started using Talenya’s AI-software in 2020 to help increase the candidate pool of women and people of color. Within a few months, we have improved candidate representation of Female, Black/African American and Veterans in our hiring pipeline,” said Suzan Morno-Wade, EVP and chief human resources officer at Xerox, a workplace technology company.

Appointing New DEI Talent to the Talenya Advisory Board

Talenya is pleased to announce Tamika Curry Smith will join the Talenya Advisory Board effective immediately. Curry Smith, President of The TCS Group, Inc., an HR and Diversity, Equity, and Inclusion (DEI) consulting firm, brings decades of experience leading global brands’ diversity and inclusion initiatives. She most recently served as Vice President of Global Diversity and Inclusion at Nike, Inc. and has had previous DEI roles working with brands such as Mercedes Benz USA, Target Corporation, and Deloitte. She brings firsthand experience with the issues organizations face when looking to hire diverse talent, including the discrepancy between the intent to hire more diverse candidates and the lack of solutions available to help them fulfill this vision.

“I got involved with Talenya because I see the potential for its technology to truly be a game changer. CEOs, senior leaders, hiring managers, and recruiters need to rethink the way they view talent and where they look for talent. Talent is equally distributed, but opportunity is not,” said Tamika Curry Smith. “There are plenty of qualified women and people of color in the pipeline. But the systems recruiters currently use tend to find and accept candidates who write resumes and professional bios in a certain way — the ‘standard’ way, which typically reflects the majority profile (male and white). This often results in diverse talent getting a lower prioritization on keyword-based search results. Talenya addresses this issue by using artificial intelligence to find diverse talent that otherwise might be missed by recruiters using traditional methods.”