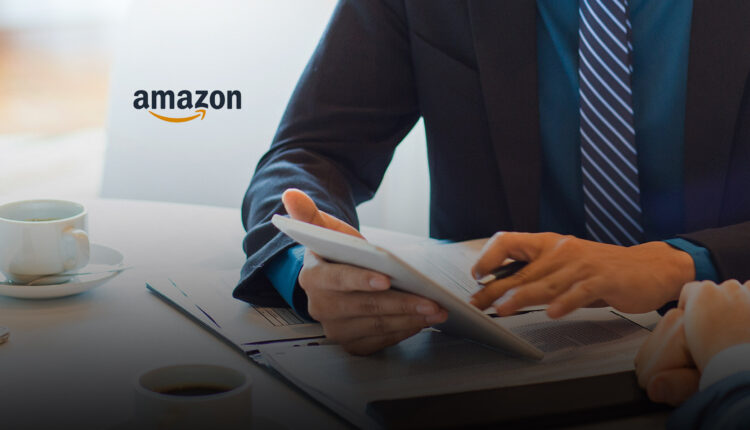 Amazon announced plans to expand its Boston Tech Hub and create more than 3,000 new corporate and technology jobs over the next several years. The new roles will support teams across the company, including Alexa, Amazon Web Services (AWS), Amazon Robotics, and Amazon Pharmacy. Over the last decade, Amazon has invested more than $6.2 billion in Massachusetts and created more than 20,000 jobs across customer fulfillment, retail, corporate and technology functions.

“We’re proud to be creating more than 3,000 new jobs over the next several years at our Boston Tech Hub,” said Rohit Prasad, Vice President & Head Scientist for Alexa at Amazon. “Much of the technology that makes Alexa smarter every day is invented in Boston. Our teams here play a key role in driving Amazon’s innovations – from Alexa to AWS to Amazon Pharmacy – and help us keep delighting customers around the world. We look forward to continuing to be a strong community partner, helping to grow and diversify the local economy, and create new opportunities for Boston and its residents.”

“Our administration welcomes Amazon’s continued efforts to invest in our communities,” said Governor Charlie Baker. “This expansion is significant and will create thousands more jobs for our highly skilled workforce in different regions of the Commonwealth.”​

“By further expanding its Boston Tech Hub, Amazon is continuing to create new economic opportunities in our City,” said Boston Mayor Martin J. Walsh. “This expansion will grow our technology workforce and support a strong pipeline of diverse talent and a range of new jobs and opportunities for Boston residents.”

To accommodate its growing teams in Boston, Amazon leased a new 17-story office tower located at One Boston Wharf Road in the 33-acre Boston Seaport project. Owned and developed by Boston-based development company WS Development, the 630,000 square foot location will include working space, innovation labs, and mixed-use common areas for Amazon employees. Set for completion in 2024, One Boston Wharf Road will also feature a community dog park, ground-floor retail space and a new performing arts center for Bostonians to enjoy with two live performance venues consisting of a 500-seat theater and a 100-seat black box theater, which together will add significant state-of-the-art capacity for the performing arts in Boston.

“We are proud to continue our partnership with Amazon in Boston’s Seaport, a neighborhood that has grown to serve forward-thinking employers, residents, and retailers and that is now a global hub of innovation and talent,” said Jeremy Sclar, Chairman and CEO of WS Development.

This is Amazon’s second full-building lease in Boston’s Seaport after securing a 430,000-square foot building at 111 Harbor Way. Now under construction by WS Development, this office will be completed later this year and will host 2,000 Amazon employees.

Using our Scale for Good in Massachusetts

Amazon continues to support the communities in which it operates in Boston and Massachusetts. Amazon Future Engineer, our comprehensive childhood-to-career program designed to inspire, educate, and prepare children and young adults from underrepresented and underserved communities to pursue computer science, supports more than 20 schools in the Boston area, and more than 60 across the state of Massachusetts. The program provides local schools with high quality computer science education curriculum and teacher professional development. Amazon has also provided grants of more than $1.5 million to St. Mary’s Center to support women, children and families in need facing homelessness.

Since 2010, Amazon has created more than 20,000 jobs in Massachusetts and invested more than $6.2 billion across the Commonwealth, including infrastructure (from fulfillment centers to retail locations to our Boston Tech Hub) and compensation. These investments have contributed an additional $5.3 billion to the Massachusetts economy and have helped create an additional 13,400 jobs on top of those that the company directly employs – from jobs in construction and logistics to healthcare and professional services. Additionally, more than 34,500 independent authors and small and medium businesses in Massachusetts are currently growing their businesses with Amazon.

11 Groundbreaking Implementations of AI in Recruitment in 2023