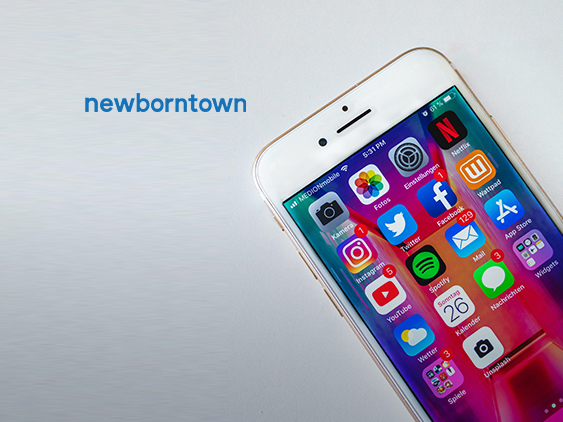 MICO, a social entertainment platform that comes with a host of other social features like party rooms and communities, has been downloaded 100 million times, making it the Top1 best-selling app on Google Play in 12 countries/regions, and one of the Top10 best-selling social apps in 90 countries/regions.

YoHo, the second most popular audio social networking app in the Middle East, connects millions of users through its voice chat rooms.

With an outsized impact on the region, the company measures its success not just by followers, but by positive impact.

Sari, a single mother in Jakarta, describes how she found success as a MICO anchor.

A single mother living in Jakarta, Sari takes care of her son, who goes to elementary school, on her own. Six months after her husband’s death, she found out about MICO on Facebook. She joined as a way to make new friends and overcome her grief.

At the time, she earned a meager salary working in an optics shop. She decided to start live broadcasting on MICO. With a talent for being on camera and a friendly personality, Sari began receiving regular gifts from fans within half a year and caught the eye of the platform, who invited her to become an official influencer.

By 2018, Sari was able to earn more than $4,000 per month, allowing her to provide a better life for her son and even renovate her house.

Teaming up with two other MICO influencers, the three now work together as something of a co-operative, helping each other thrive as entertainment workers.

Another story comes from Rama, who fled Syria with her husband and children, and they became refugees in Egypt.

Originally from a wealthy family, the war forced her to abandon her life and restart in a new, completely unfamiliar place. Their status plus inability to speak English made them unable to find employment.

After contacting YoHo, a voice-based social networking app, Rama became an agent of anchor union and earns about $1,500 per month.

Encouraging a Female Workforce in the Middle East

Currently, there are 12 female employees in MICO’s Egypt office. Among them, Rania joined at the beginning of 2018, one of the first employees. She is responsible for online and offline event planning and organization.

She says her friends and family often question her about her long hours away from home. As a manager and event organizer, she finds herself frequently leaving home early and coming back late.

“Of course, I have encountered many doubts,” she said, “like it doesn’t conform to public morals when a girl in her twenties does not have a boyfriend, and goes out early and returns late all day long.”

According to another female employee of MICO, Alaa, in Egypt, only about 35% of women have their own jobs, and very few of them are willing to work the same hours as men.

But it’s different in MICO. Rania mentioned that the MICO team respect and value every employee equally, including the females. The leader and the team always listen to her opinions, and believe in her capability to handle everything well. This makes her feel trusted and needed, so she is willing to devote to work.

In the other hand, unlike some platforms in the Middle East which only care about the anchors’ talent and looks, MICO is really helping some girls who are in need of help. This is what touched Rania.

For example, there was a female anchor who suffered from cancer, but all the companies rejected her job application. In the end, MICO signed her on so she had a chance to pay for medical expenses.

“The way how our apps have become instrumental in creating positive social impact defines the meaning of what we do,” said Li Ping co-founder and CEO of Newborn Town. “These narratives are transformational, compassionate and genuine. And many of these stories come from women.”

“As a global social networking company, we believe that social networking apps have the potential to help people genuinely, providing companionship and meaningful connections while bringing people closer together,” he added. Through the company’s large user base and improved user engagement, it continues to foster a community that values creators who build authentic relationships with their fans and continue to inspire people to do the same.