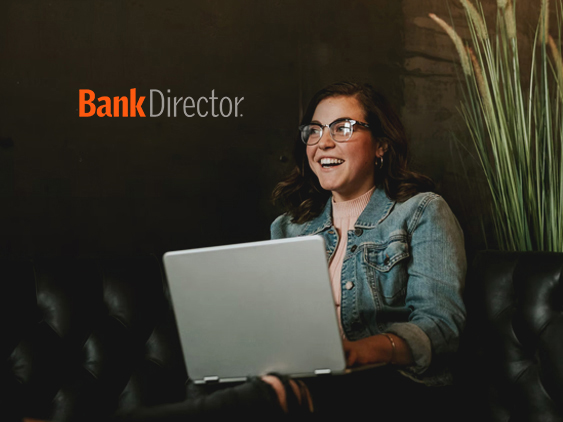 Bank Director, the leading information resource for directors and officers of financial institutions nationwide,released the results of its2022 Compensation Survey, sponsored by Newcleus Compensation Advisors. The findings confirm that intensifying competition for talent is forcing banks to pay up for both new hires and existing employees.

The 2022 Compensation Survey finds that 78% of responding directors, human resources officers, CEOs and other senior executives of U.S. banks say that it was harder in 2021 to attract and keep talent compared to past years. In response to this increased pressure, 98% say their organization raised non-executive pay in 2021, and 85% increased executive compensation. Overall, compensation increased by a median 5%, according to participants.

“Banks are challenged to find specialized talent like commercial lenders and technology personnel, but they’re also struggling to hire branch staff and fill entry-level roles,” says Emily McCormick, Bank Director’s vice president of research. “In this quest for talent, community banks are competing with big banks like Bank of America Corp., which recently raised its minimum wage to $22 an hour. But community banks are also competing against other industries that have been raising pay. How can financial institutions stand out as employers of choice in their markets?”

Asked about specific challenges in attracting talent, respondents cite an insufficient number of qualified applicants (76%) and unwillingness among candidates to commute for at least some of their schedule (28%), in addition to rising wages. Three-quarters indicate that remote or hybrid work options are offered to at least some staff.

“It is obvious from the survey results that talent is the primary focus for community banks,” says Flynt Gallagher, president of Newcleus Compensation Advisors. “Recruiting and retaining talent has become a key focus for most community banks, surpassing other concerns that occupied the top spot in prior surveys — namely tying compensation to performance. It is paramount for community banks to step up their game when it comes to understanding what their employees value and improving their reputation and presence on social media. Otherwise, financial institutions will continue to struggle finding and keeping the people they need to succeed.”

Banks Pay Up Banks almost universally report increased pay for employees and executives. Of these, almost half believe that increased compensation expense has had an overall positive effect on their company’s profitability and performance. Forty-three percent say the impact has been neutral.

Commercial Bankers in Demand Seventy-one percent expect to add commercial bankers in 2022. Over half of respondents say their bank did not adjust its incentive plan for commercial lenders in 2022, but 34% have adjusted it in anticipation of more demand.

Additional Talent NeedsBanks also plan to add technology talent (39%), risk and compliance personnel (29%) and branch staff (25%) in 2022. Respondents also indicate that commercial lenders, branch and entry-level staff, and technology professionals were the most difficult positions to fill in 2020-21.

Strengthening Reputations as Employers Forty percent of respondents say their organization monitors its reputation on job-posting platforms such as Indeed or Glassdoor. Further, 59% say they promote their company and brand across social media to build a reputation as an employer of choice, while just 20% use Glassdoor, Indeed or similar platforms in this manner. Banks are more likely to let dollars build their reputation: Almost three-quarters have raised starting pay for entry-level roles.

Low Concerns About CEO TurnoverSixty-one percent of respondents indicate that they’re not worried about their CEO leaving for a competing financial institution, while a third report low to moderate levels of concern. More than half say their CEO is under the age of 60. Respondents report a median total compensation spend for the CEO at just over $600,000.