RespectAbility Presents Report: Best and Worst States on Jobs for People With Disabilities 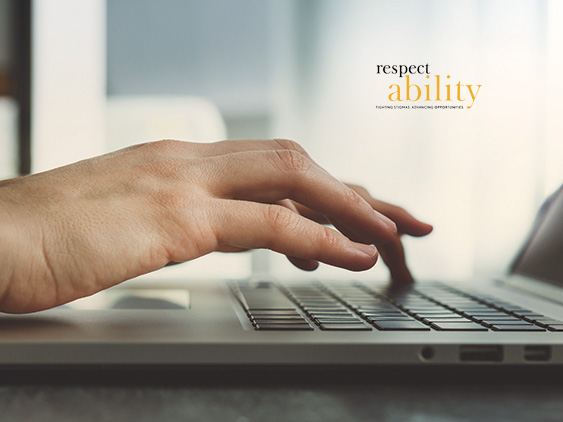 The newly published 2018 Annual Disability Statistics Compendium compiles data collected by the Census Bureau. The Compendium is intended to equip policy-makers, self-advocates and others with clear statistics on disability in America today. Out of more than 20 million working-age people with disabilities, 7.5 million have jobs. This data also shows the serious gaps that remain between disabled and non-disabled Americans. 37 percent of U.S. civilians with disabilities ages 18-64 living in the community had a job, compared to 77.2 percent for people without disabilities.

“Our nation was founded on the principle that anyone who works hard should be able to get ahead in life,” said Hon. Steve Bartlett, current Chairman of RespectAbility, who co-authored the Americans with Disabilities Act when he was in Congress. “People with disabilities deserve the opportunity to earn an income and achieve independence, just like anyone else.”

Further analysis by the nonpartisan advocacy group RespectAbility shows that 111,804 people with disabilities entered the workforce in 2017. That number is down from the previous year’s increase of more than 343,000 new jobs for people with disabilities. Different factors explain the slower pace of job growth. A slowing economy is one factor, as is changing patterns of growth in different sectors of the economy. One lesson is clear to Andrew Houtenville, PhD, of UNH’s Institute on Disability: “There is still a long way to go toward closing the gap between people with and without disabilities.”

What is the story behind the numbers? What is driving these changes? The answer is simple. According to Vincenzo Piscopo of the Coca-Cola Company: “People with disabilities bring a unique skill set that it is very valuable for companies.” He went on to add, “As it relates to employment and competitiveness in the workplace, we have to stop thinking of disability as a liability and start thinking of it as an asset.”

Brand name companies such as JP Morgan Chase, Coca-Cola, Ernst & Young, IBM, Walgreen’s, Starbucks, CVS and Microsoft show people with disabilities are successful employees. These companies also know that these workers improve the bottom line. “People with disabilities bring unique characteristics and talents to the workplace,” said RespectAbility President Jennifer Laszlo Mizrahi. “There are no limits to what they can do when given the chance.”

As more companies hire employees with disabilities, conversations are shifting to focus on inclusion. “Disability inclusion is no longer about automatic doors, curb cuts, ramps, and legislation,” says Jim Sinocchi, Head of the Office of Disability Inclusion at JP Morgan Chase. “Today, the new era of disability inclusion is about “assimilation” – hiring professionals with disabilities into the robust culture of the firm.”

According to the Census Bureau, there are more than 56 million Americans living with a disability. Disabilities include visible conditions such as spinal cord injuries, visual impairments or hearing loss and invisible disabilities such as learning disabilities, mental health or Autism.

Voter research, done by RespectAbility, shows how disability issues connect to all aspects of American life. “Fully three-quarters of likely voters either have a disability themselves or have a family member or a close friend with disabilities,” said former Representative and Dallas Mayor Steve Bartlett. “People with disabilities are a politically active, swing vote, and candidates should take note of important issues they care about.”

As 2019 moves into 2020 and the political campaign season heats up, continuing job growth for people with disabilities will be a crucial indicator of the health of the American economy.