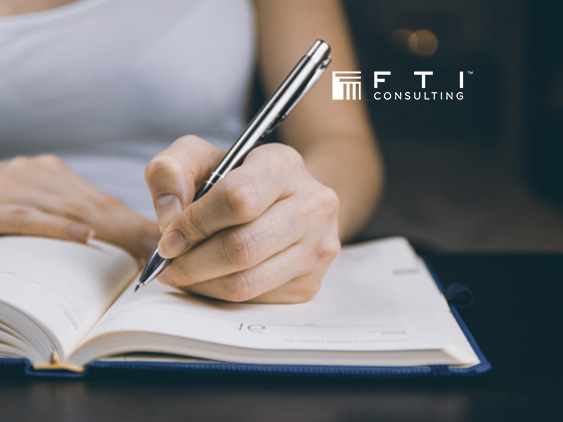 Global business advisory firm FTI Consulting and Washington, D.C.-based women’s leadership firm Mine The Gap released the third installment of the firms’ research on gender dynamics in the workplace. This report, entitled Culture at Work, highlights the critical importance of office and workplace cultures in cultivating, developing and protecting most companies’ biggest investment: their people.

FTI Consulting and Mine The Gap surveyed nearly 6,000 women and men professionals across the technology, finance, legal, energy and healthcare industries. According to the research, both women and men professionals, across all the surveyed industries, consider work-life balance and a welcoming office culture with camaraderie and connectivity among colleagues to be top corporate values, outweighing “financial perks” and “company growth.” For both women and men, “feeling undervalued” was the number one reason for leaving a company, above dissatisfaction with current compensation or being recruited away for better pay. In addition, 62% of women professionals reported personally feeling or witnessing others feel undervalued by their manager, team or company in the last year. Combined, these numbers demonstrate the need for workplace culture change in key industries to strengthen worker satisfaction and ensure long-term employee retention.

Commenting on the research, Elizabeth Alexander, a Senior Managing Director in the Strategic Communications segment at FTI Consulting and a crisis communications and gender inclusion specialist, said, “This data offers unique insight into a question plaguing companies across the country: why do our employees leave, and particularly, why are our women employees leaving? Our research belies a common myth that women leave their jobs solely due to family demands. Instead, the data demonstrates that the reasons for employee departures are much more nuanced, with a combination of problematic workplace cultures, unsatisfactory compensation and feeling undervalued by the company being the main drivers. To remain competitive and viable in today’s market, companies should carefully study their own workplace cultures, reconsider their own communications practices and make critical changes going forward, tailored to their employees’ needs.”

Jessica N. Grounds, Co-Founder of Mine The Gap, added, “In 2019, every enterprising company and organization should be focused on their current and future workforce and how to attract and keep the best talent. A healthy workplace culture is particularly important to recruiting and retaining the best people. Women do not leave because of motherhood; they leave because the culture of their company does not support them. Studies show that women are leaving their place of work because of lack of competitive pay, which was reinforced by our second report, The Enthusiasm Gap, as well as a lack of learning and development and a shortage of meaningful work. We hope companies use these insights to develop equitable, inclusive and supportive work cultures that better value their female talent.”

The Culture at Work survey also revealed significant gaps between professionals’ current workplace cultures and the office environments in which they believe they would thrive. The FTI Consulting/Mine The Gap research looked at four typical organizational cultures, identified by University of Michigan professors Robert Quinn and Kim Cameron: Clan, Adhocracy, Market and Hierarchy. The Culture at Work survey found that women and men overwhelmingly believe they would thrive in a “Clan” culture — a workplace built on teamwork, participation and consensus — while less than one-third stated they work at companies with such an environment. Many professionals also believe they would thrive in an “Adhocracy” culture, a dynamic and creative environment that promotes individual initiative and creativity; however, only about 1-in-10 professionals reported that they currently work in this environment. Furthermore, while about 1-in-3 employees reported being in a workplace with a “Hierarchy” culture, defined by its focus on formalized structure and efficiency-based procedures, it was the lowest-rated culture in which both men and women say they would succeed. Approximately 1-in-5 women professionals report working in a “Market” culture, defined by its emphasis on results, stock and competition, while only 14% believe they would thrive in such a culture.

Notable findings from the Culture at Work research include: