Randstad US Awarded for Commitment to Diversity and Inclusion Practices 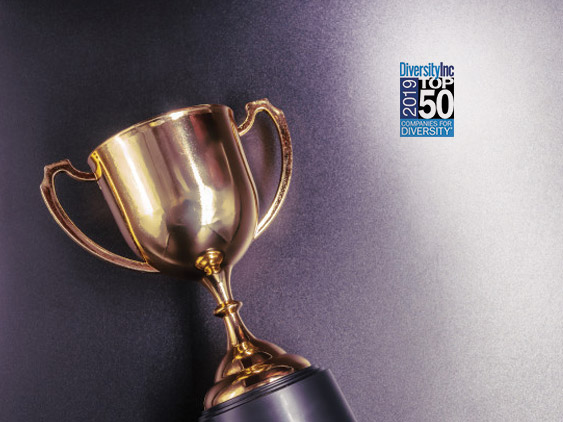 Randstad US announced they were named to DiversityInc’s 2019 Top 50 Companies list, a recognition of their commitment to — and achievement in — diverse and inclusive practices as it relates to talent recruitment and development, leadership accountability and supplier diversity. Randstad US is the first and only staffing firm to be recognized by DiversityInc, which previously named the company to their Noteworthy Companies list in 2018.

Randstad US has long been committed to integrating diverse and inclusive practices into all areas of their business. Their internal diversity and inclusion initiatives include dedicated programs focused on hiring, developing and celebrating employees within specific segments, including women, veterans, workers with disabilities, LGBTQ and ethnically diverse employees.

“We’re honored to represent the industry as the first staffing company to be named to DiversityInc’s list, and excited to be recognized for our ongoing commitment to diversity and inclusion at all levels of our organization — both internally and through consulting with clients on improving diversity in their organizations,” said Rebecca Henderson, executive board member and chief executive officer of Randstad global businesses. “Fostering a culture of respect, where diverse backgrounds and perspectives are celebrated in the workplace, builds stronger teams, improves community and encourages innovation and new ideas.”

“As the largest global staffing firm, Randstad is uniquely positioned to champion diversity on a national scale,” said Karen Fichuk, chief executive officer of Randstad North America and Randstad executive board member. “Diverse and inclusive workplaces have been proven to have wide-reaching benefits to companies of all sizes and in all industries. I’m proud to represent a company that has long been dedicated to developing and supporting both internal and external programs to further this vision, and help employers of all kinds discover the benefits of a diverse workforce.”

With the appointment of Henderson and Fichuk to Randstad’s global executive board in March, the board increased female membership to 33 percent. In 2018, Randstad furthered its commitment to diversity and inclusion by making the CEO Action for Diversity & Inclusion pledge. In addition, Audra Jenkins, chief diversity and inclusion officer represented Randstad US at the Equal Pay International Coalitions (EPIC) pledging event at the United Nations headquarters. Randstad US has also been honored as a Military-Friendly Company for their efforts in recruiting and retaining military veterans and their spouses, received the American Staffing Association Care Award for its corporate responsibility program, and have received various supplier diversity awards over the last year.

The DiversityInc Top 50 list recognizes the nation’s top companies for diversity and inclusion management, excelling in areas such as hiring, retaining and promoting women, minorities, people with disabilities, LGBTQ and veterans.

New Report from Ginger Highlights That U.S. Workers Are Stressed and Seeking Easy to Access Behavioral Healthcare from their Employers