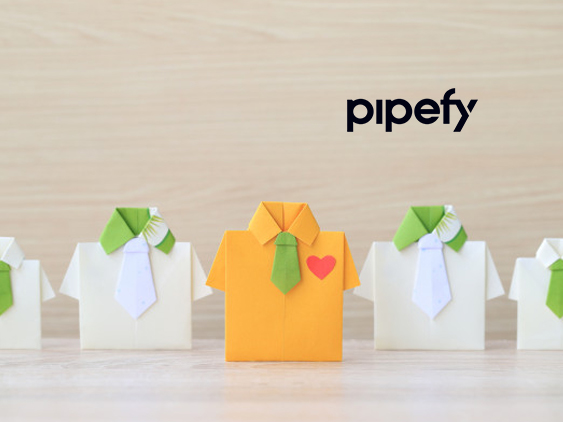 Pipefy, the workflow management software that empowers doers and transforms the way teams work, today announced the release of Pipefy Forms – a free product that allows business users to create standardized request forms which go beyond intake by turning your forms into workflows.

As a no-code platform, Pipefy Forms has a simple and intuitive drag and drop builder making it even easier for knowledge workers in virtually any business unit to design and deploy custom forms to standardize their intake processes. The Forms offering promises increased efficiency by converting forms into workflows where users can assign tasks, track due dates, monitor activity status and obtain approvals. With over 3K+ customers across the globe, Pipefy has seen utilizing forms as the starting point to streamline and automate several processes, including Job Requisition, IT requests, Expense Reimbursement, Maintenance requests and more. Stakeholders, whether internal or external, can track information and actively communicate with those processing their requests, even without a Pipefy account.

“Pipefy Forms was developed to empower knowledge workers to be more productive when managing requests at scale,” said Alessio Alionco, Founder and CEO at Pipefy. “While other forms solutions control the intake part of a process, Pipefy Forms goes beyond that to process submissions within the same tool. It also provides a 360º experience by enabling requesters to self-monitor their submissions and engage with process stakeholders even without a Pipefy account”

The Data Is Clear: A College Degree Is Critical to Economic Opportunity