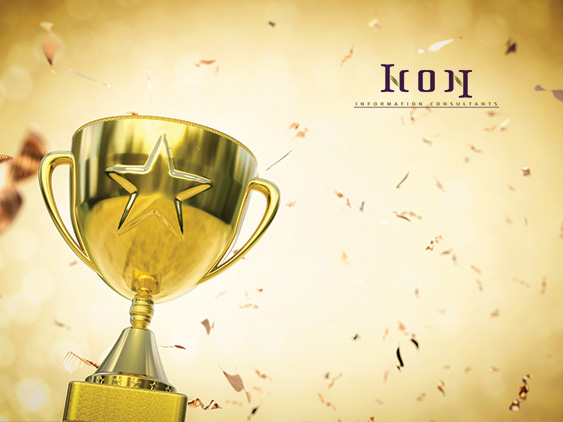 “Women in Business Champion of the Year”

“It is an honor to be included in this listing of Women Who Mean Business by the Houston Business Journal,” said Pamela Chambers O’Rourke, Founder and CEO. She continued, “we appreciate the recognition by the Journal of women running businesses in the Houston area.”

All of the honorees across nine industries will be recognized in a special section of HBJ’s October 4 weekly edition and at an awards reception on October 3. The criteria for selection included career achievement, contribution to company and city success, community involvement and leadership.

O’Rourke and ICON, under her leadership, value giving back to the community. ICON has a long history of funding scholarships and mentoring through the University of Houston, hosting educational events, and providing college students with internship opportunities. As a female entrepreneur, you can find O’Rourke coaching other business-minded women on how to build businesses. In addition, ICON’s executive team and employees are out in the community giving back through hosting charity drives, helping those at career transition points with resume and interviewing skills, and volunteering at local animal shelters. Furthermore, Pamela believes in helping female entrepreneurs achieve their career goals. Over the last 10 years, Pamela has contributed more than $750,000 in sponsorships to Women Business Enterprise (“WBE”) events, including at conferences, retreats, business fairs, and industry events. Pamela is a current Board Member of Women Impacting Public Policy where she gives her support to women-owned companies.

As a woman business owner and supporter of women’s success, O’Rourke has received numerous awards. Under her leadership, ICON Information Consultants, LP, has earned the top spot as the largest woman-owned business in the area for three consecutive years. In 2011 she was inducted into the WBE Hall of Fame by the American Institute of Diversity and Commerce (AIDC). Other awards include the WBENC Women of Distinction (2017), WBENC WBE Star Award (2008), WBC-Southwest’s WBE Advocate of the Year Award (2013) and WBE of the Year for the over $5-million category (2011 and 2013); the WBEA Supplier of the Year (over $10 million) in 2014 and 2010, and the WBEA Woman Advocate of the Year in 2009. ICON Consultants has been an active participant and supporter of the Women’s Business Enterprise National Council (WBENC), a tremendous resource and a strong advocate for women-owned businesses.

A native Houstonian, O’Rourke received her Management Information Systems (MIS) degree from the University of Houston, where she was recognized in 2016 with a Distinguished Alumni Award at The University of Houston Alumni Association 62nd Annual Awards Gala. The award is presented to alums whose professional accomplishments bring prestige to the university. O’Rourke has received other business awards over the years, including the U.S. Small Business Administration’s 2005 “Women in Business Champion of the Year” and the “Ernst & Young Entrepreneur of the Year 2009 Award” in the Business Services and Staffing category for the Houston and Gulf Coast Area. She has been awarded annually in the 50 Fastest-Growing Women-Owned/Led Companies list by the Women Presidents’ Organization and American Express since inception in 2005.

Conduent Announces Clifford A. Skelton Named As CEO And Board Member