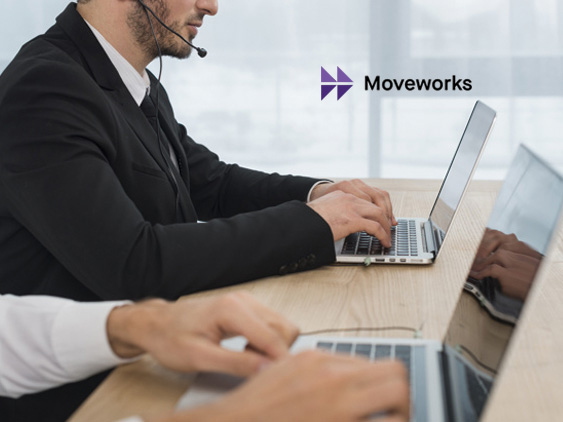 Company emerges after three years in stealth with dozens of Fortune 500 and leading enterprise customers, and venture backing from Bain Capital Ventures and Lightspeed Venture Partners

With Moveworks, companies can completely eliminate the need for IT staff to work on tasks such as provisioning applications, resetting passwords, unlocking accounts, managing email lists, and answering questions so they can focus on high-value activities.

“Technology is the backbone of business productivity, yet, the average IT support ticket takes three entire days to resolve,” said Bhavin Shah, CEO and co-founder, Moveworks. “IT teams waste valuable time and money resolving the same issues over and over again. But it’s a hard business problem to solve and all of the approaches up to now have involved a lot of manual work supported by heavy processes and workflow tools. That’s why we built Moveworks: to provide the enterprise with an instant and autonomous solution that doesn’t just log the issue, but does the work.”

“We decided to approach the problem from a new angle. We developed our own NLU system that’s pre-trained to understand IT support issues,” continues Shah. “Once the system correctly deciphers the issue, it can decide the best course of action to take. And we’ve built numerous integrations into common enterprise tools so we can then go and complete the task or retrieve the right piece of information. We designed the system to learn continuously from every interaction at every customer. So we have this kind of network effect where the more customers we bring on, and the more employees we serve, the smarter the system gets for everyone.”

Shah concludes, “We believe that software should be graded not by how many features it has, or how many workflows you can build, but by how much real work it’s doing, such as completing tasks or resolving issues. This is where strong forms of AI really start to change the game, not just making suggestions but actually doing the work.”

Built by machine learning experts from Google and Facebook, Moveworks concludes that up to 75 percent of enterprise IT support issues can be understood and resolved using AI. The company is on its way to hitting that number, with many customers already seeing 25 percent to 35 percent of their daily IT tickets resolved autonomously by Moveworks.

According to the CIOs of companies using Moveworks, the efficiency and agility gains are significant.

“We got to a point where our employee base was growing at a pace that resulted in a 40 percent spike in IT requests. We tried portals, apps, workflows, and traditional automation, but it wasn’t working. Then we found Moveworks and it’s been nothing short of magic. Most days, more than 30 percent of our IT issues are resolved autonomously, reducing the workload on our service desk and giving us more time and resources to focus on other critical business areas.”

“As a global company with over 15,000 people worldwide, including many contractors, the ability to resolve IT issues quickly becomes critical to the business. Nothing came close to a truly autonomous solution until Moveworks. We didn’t have to teach it anything, or write dialog flows, or create scripts — it was ready to go out-of-the-box and learned the nuances of our environment all by itself. Within the first few weeks, we were experiencing 20 percent resolution rates, and that’s climbing. We couldn’t do business without Moveworks today. ”

“As a CIO, I have to focus on making IT operations more efficient. At the same time, I have to create an amazing employee experience that is intuitive and frictionless, which helps us attract and retain the best talent in the industry. Moveworks enables us to do both simultaneously, and provides modern AI capabilities for our workforce. Moveworks makes it simple to integrate real AI seamlessly with our existing platform.”

Shah credits the success of Moveworks to the company’s focus on resolution, as opposed to more traditional metrics like monthly active users. “It’s not enough for people to just use the tool, we have to be doing real, valuable work for them. That’s how we measure success,” adds Shah.

Moveworks relies on cutting-edge technology to make the solution easy to use. “We had to completely rethink conversational-AI,” says Shah. “Most chatbots are really bad because they rely on pre-scripted flows and, if you go off-script, they just get confused. So we created a stateless conversation engine that performs deep NLU at every step of a conversation. The system knows if users are trying to switch topics, or if they misread an instruction, or are responding out of turn to an earlier question. It’s an incredibly fluid experience that keeps users engaged as we guide them to a resolution.”

“The market is full of companies claiming AI capabilities, but most are just using generic machine learning models to make predictions or classify data,” said Enrique Salem, partner at Bain Capital Ventures and former CEO of Symantec. “When I first met Bhavin and his co-founders, I immediately knew they were poised to do something big. The Moveworks team is at the forefront of so many different aspects of machine learning, and they have pulled it all together into this incredibly elegant solution that does real work, resolves real issues, and delivers demonstrable value to their customers. We’re thrilled to be partnering with such a world-class team and look forward to playing a part in the company’s growth and success.”

“Moveworks is one of only a few true AI companies in the enterprise software market,” said Arif Janmohamed, Partner, Lightspeed Venture Partners. “While other companies have been investing in incrementally better user interfaces, or basic applications of Machine Learning, Moveworks has been building an AI system that gets smarter over time and has achieved what no other company in the space has: true autonomy. We’re excited to have partnered with Moveworks from Day One and look forward to an exciting journey ahead.”

HR Technology News: Organizations Are Boosting Severance Benefits as They Look to Retain Talent in a Tight Labor Market

Sanofi Named One of America’s Best Employers by Forbes