Industries That Could Remain Immune During the Looming Recession 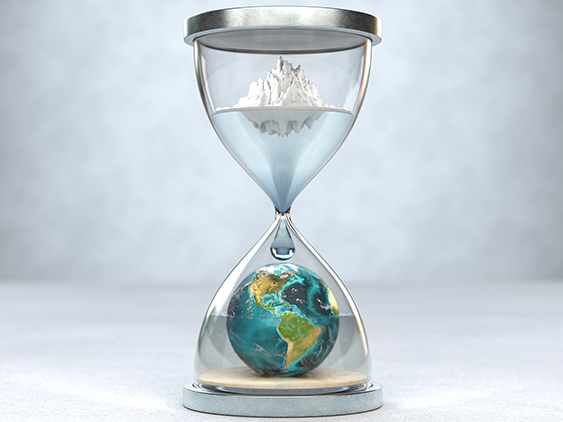 Fears of looming recession have reached a fever pitch. Inflation continues to rise, causing havoc in the stock market, and businesses are bracing for the worst by implementing layoffs, hiring freezes, and, in some extreme cases, rescinding job offers. After months of strong job prospects and rising employee wages, the abrupt shift in labor market dynamics has many working Americans perplexed.

If you’re considering a career change, you should be aware that, while no job is completely recession-proof, certain industries fare worse than others during a downturn.

According to Bureau of Labor Statistics data, the construction and manufacturing sectors experienced significant job losses during the Great Recession, which lasted from 2007 to 2009.

This is because, during an economic downturn, people typically limit their discretionary spending and postpone large purchases, such as cars and new homes, according to Karen Dynan, a Harvard University economics professor and former US Treasury chief economist. She predicts that if a recession occurs soon, these industries will exhibit similar patterns.

According to Ball and Dynan, the most “recession-proof” industries that offer strong job security during economic downturns are:

The common thread between these industries, according to Ball, is that they are less sensitive to changes in interest rates, and people rely on these services “whether the economy is booming or in a slump.”

Despite the fact that schools have struggled to hire and retain staff in the aftermath of the Covid-19 pandemic, Ball believes that education can be a stable sector in difficult times. He anticipates increased demand for staff at colleges and universities across the United States if a recession occurs, as more people may turn to higher education “to gain new skills and improve their job prospects.”

Now could be an excellent time to change careers, both to increase your income and to protect your career in the event of a global recession.

Keep the following jobs in mind as you prepare for the next recession.

People get sick whether the gross domestic product (GDP) increases or decreases. In fact, during a recession, stress levels rise, and public health suffers more broadly.

The only exceptions to this rule are providers of elective medical services, such as cosmetic surgeons. Facelifts and tummy tucks are less popular during a recession.

Likewise, physical and occupational therapy are part of the treatment for many illnesses as well as the recovery process for the majority of surgical procedures. Most comprehensive health insurance policies cover at least some of the cost of these treatments, and they are not optional.

Although physical and occupational therapists frequently experience a slight drop in demand as cash-strapped patients postpone elective surgeries or treatments, their jobs and income remain far more secure than most during a recession.

On the one hand, if they or their spouse lose their job, they may discontinue their twice-weekly therapy sessions. According to a study published in the journal Neuropsychiatric Disease and Treatment, stress levels skyrocket during recessions, causing more mental health challenges, marital problems, and substance abuse.

That means that even during recessions, counselors, therapists, psychologists, psychiatrists, and substance abuse workers are in high demand.

Those who specialize in more elective treatments, such as hypnotherapy, may need to lower their rates in order to keep a steady flow of clients. But don’t think for a minute that during a recession, substance abuse clinics or psychiatric units see fewer patients.

As a result, mental health and substance abuse professionals are kept busy during recessions.

Similarly, when the economy tanks, social workers are in high demand.

Ultimately, social workers assist people in coping with their problems. Child abuse rates can rise when families are stressed. Child behavioral issues are on the rise, as are adult behavioral and emotional issues.

Because the majority of social workers work in the public sector, which does not experience wild employment swings even during recessions, they are doubly protected.

People still get sick during recessions, and they also age. Not everyone can age in place safely and comfortably, and even those who can frequently require in-home assistance.

Others are forced to live in an assisted living facility. They require elder care regardless of their living situation, recession or not.

Nurses, orderlies, cleaners, cooks, and other support staff members are examples of senior care workers. Their jobs are relatively immune to economic fluctuations.

The same can be said for hospice workers. Hospice care, in addition to traditional elder care, keeps the dying comfortable as they approach the end of their lives.

It is a specialized type of care that requires a specific type of person to administer. However, no one delays their departure from this world because of economic circumstances. Recessions, on the other hand, increase stress levels, which can lead to cardiovascular crises and other life-threatening events.

All of this means that the world requires hospice workers during periods of both growth and contraction.

People die whether GDP rises or falls, and they still require caskets or urns, burial plots or cremation, funerals, and wakes.

During a recession, family members may opt for less expensive options, but they cannot avoid funerals entirely. “In this world, nothing can be said to be certain except death and taxes,” wrote Benjamin Franklin.

In terms of taxes, everyone in the economy, rain or shine, must file a tax return.

True, they can prepare their own tax returns using tax preparation software such as TaxAct or TurboTax. However, many taxpayers run the risk of making mistakes that will cost them more in higher taxes than the cost of hiring an accountant — or, worse, mistakes that will result in an audit.

During recessions, auditors see consistent demand. Not only IRS auditors, either. Publicly traded companies are audited on a regular basis and are required to file quarterly financial statements with the Securities and Exchange Commission.

During a recession, financial regulations and tax laws do not disappear, nor does demand for accountants and auditors.

Actuaries assist businesses in analyzing risk. And, in times of economic crisis, risk weighs heavier than ever on the minds of both private companies and government agencies.

Some actuaries work with businesses to assess the efficiency and the best places to cut spending while minimizing financial and employment consequences. Others assist insurers in understanding the risk of benefit payouts in relation to premium pricing.

Most remain in high demand even when the economy deteriorates.

Insurance companies do experience a drop in demand during recessions. With fewer people working, fewer people have health insurance or life insurance.

However, the majority of people keep their jobs and their insurance policies. Many families prioritize health insurance as a necessary expense even when they are unemployed.

As a condition of the loan, homeowners with mortgages must maintain homeowners insurance. They have no option but to keep it.

The same is true for car owners. To drive legally, you must have at least liability coverage in case you hit someone else.

This means that insurance agents, underwriters, and other insurance professionals continue to write policies even during recessions. Claim adjusters and appraisers are also in high demand; in fact, during difficult times, policyholders may file a claim instead of paying out of pocket to avoid premium hikes.

Not just the attorneys, but everyone who works at their firms. Paralegals, secretaries, and administrative assistants are all included. Keep these law firms in mind as a possible option during downturns, particularly if you work in another area of the law that suffers during downturns.

Law enforcement officers, from beat cops to detectives, CSIs to sergeants, federal agents, and others, do not stop fighting crime during economic downturns.

As public employees, police officers are somewhat protected from layoffs. However, they continue to work because no one wants a spike in crime to add insult to the injury of a recession.

Evidence from the twentieth century revealed a clear relationship between economic conditions and crime rates. According to a United States Bureau of Labor and Statistics analysis of the years 2007 through 2009, young men often have the highest unemployment rates during recessions. As a result, they have an abundance of time but a scarcity of funds.

According to an overview by the Journal of Contemporary Criminal Justice, the Great Recession actually bucked that trend, with data sources showing a decrease in crime rates.

Law enforcement officers do not lose their jobs, regardless of the sociological impact of recessions.

Recessions do not cause children to miss school. College and graduate students, for that matter, do not.

According to Stanford economist Caroline Hoxby’s research from the 1960s to the Great Recession, colleges and graduate schools see higher enrollment rates during recessions. With fewer job openings, especially for those without a degree, young adults tend to delay their entry into the labor force by enrolling in higher education.

During economic downturns, teachers, professors, school administrators, athletic coaches, researchers, and support staff such as groundskeepers all have secure jobs. Schools provide excellent safe havens during difficult times for both students and employees.

Nonetheless, the majority of schools and universities were closed during the coronavirus outbreak. Salaried employees, such as teachers and administrators, continued to be paid, but it forced many colleges to reconsider where they can cut costs and keep tuition competitive in the future.

The evidence on divorce rates during recessions is still mixed. While financial stress can keep some couples together, it can also split others apart.

For example, while a University of Maryland study found no overall increase in divorces during the Great Recession, it did find that divorce rates increased among college-educated couples in areas with high foreclosure rates.

Regardless, couples do not stop divorcing during economic downturns.

Not everyone who finds themselves in debt declares bankruptcy. However, they frequently require assistance in clawing their way out of the hole.

Debt and credit counselors can assist consumers with debt prioritization, debt repayment strategies such as the debt snowball method, avoiding high-interest debts and predatory lenders, and improving their credit score. Many can also assist customers in negotiating with creditors.

If there is a time when people require these services, it is during and after a recession.

Recessions are excruciatingly painful, and few people are immune. No one understands this better than those who are unemployed and looking for work.

Nonetheless, some occupations, such as construction and finance, are hit harder than others during a recession. Others escape relatively unscathed.

If you’re worried that your job’s days are numbered, or if you’ve already lost your job, consider the professions listed above as safe havens in times of trouble. Although they are not recession-proof, they do provide more protection than most during downturns.

Don’t be afraid to return to school to retool your skill set, even if you’re unemployed. By the time you complete your degree or certification, the economic storm may have passed and the job market may appear to be much brighter.

HRIS vs HCM vs HRMS – Understanding the Difference

UnifyWork Appoints Jeff Charney to Its Board of Directors