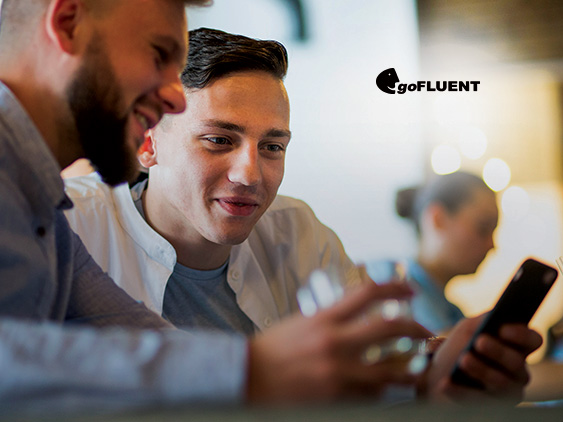 goFLUENT, a leading disrupter in the language learning market, and LRMG, Africa’s leading provider of performance optimisation solutions, have signed a partnership agreement aimed at accelerating the language skills of professionals who are non-native speakers of English, Chinese, French, and other key business languages.

goFLUENT, which already operates a large existing development and support center in Mauritius, significantly expands its reach in the region by partnering with LRMG which has offices in Johannesburg, Capetown, Kenya, and Mauritius plus representation in 18 other African markets.

Having largely leapfrogged the personal computer with falling data costs and heavy adoption of mobile technologies, Africa is a continent bursting with potential. Respondents to a November 2018 survey by McKinsey, believe that 20 years from now, Africa’s combined GDP will be among the fastest growing in the world. Google recently announced an initiative to help 10 million people across the continent become more employable by developing their online skills. However, Africa is a continent of significant linguistic diversity with upwards of 2,000 different languages and to reach its full potential mastery of key business languages is essential.

“We believe our fully mobile and web-enabled language solutions provide a unique advantage for Africa,” said John Ambrose, goFLUENT President, North America, and Chief Strategy Officer. Ambrose is a former Skillsoft executive with a long track record of business partnerships in emerging markets. “LRMG has a stellar reputation and track record of success in helping organizations improve the performance of their people. We are completely aligned around the importance of language skills for providing all employees an equal voice and opportunities to advance in their careers.”

“As the number of multinationals doing business in Africa increases, so does demand for business-level proficiency in English, Chinese, French, and other commerce languages,” said Ricky Robinson, LRMG Founding Member, and CEO. “The partnership with goFLUENT brings the industry’s leading digital platform for seamlessly blending live human interaction with contextualized business content to accelerate the ability of people to listen, speak, read and write expressively in a non-native language.”

Essentra and Orvis Modernise Their People Processes with Dayforce

Sapling’s 5 Employee Onboarding Statistics You Must Know in 2019